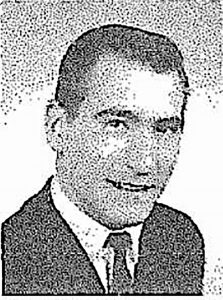 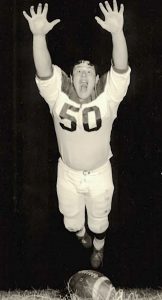 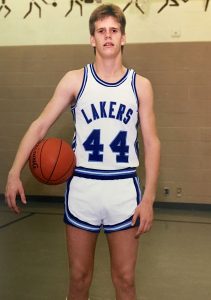 Danbury High School will induct star athletes Richard “Dick” Millie, Joe Hudak and John Hussey into its Athletic Hall of Fame. The athletes will be honored on Saturday, Jan. 11 during the boys’ home basketball contest with Emmanuel Christian.

Millie is a member of the Class of 1958, and went on to earn a 1986 induction into the Case Western University (formerly Case University of Technology) Hall of Fame. He was a three-year letterman as a quarterback, punter and defensive back at Case Tech, and won the 1961 Les Bale Award as the most outstanding player.

Millie set the President’s Conference single season passing record of 62.5% completions. In 1961, Millie was the All-President’s Conference Quarterback of the Yeaar, and also won 1960-61 defensive back honors. His record for completing 15 of 16 passes against Bethany College is a conference record that still stands, as Millie led Case Tech to its first winning season in 20 years.

Mille won nine varsity letters, four in football, three in basketball and two in track. He was a Sandusky Bay Conference Honorable Mention in football in 1955, and the Most Valuable Defensive Back in 1955 and 1957.

A member of the Danbury Class of 1966, Hudak was a 1965 All-Ohio Class A Honorable Mention Lineman while playing guard. He was a first-team All Lakeshore league as a tackle, a two-time All-Conference selection and named first team All-District.

Hudak was offered a football scholarship to Miami of Ohio University by Bo Schembeckkler in 1965.

Hussey was First Team All-District in 1985-87, and the leading scorer in Ottawa County in his junior and senior seasons at Danbury. Hussey also played in the Wendy’s North-South All-Star Game.