Danbury Township’s new firehouse is state of the art 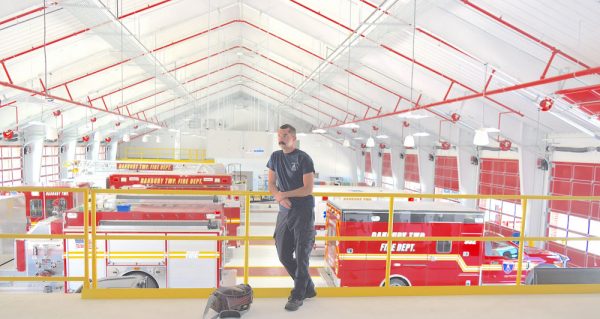 The Danbury Township Fire Department has opened its state-of-the-art new fire station this month, and it is the envy of hook-and-ladder crews from around Ottawa County. Firefighting equipment and techniques have rapidly evolved around the country, and veteran Fire Chief Keith Kahler, 63, who helped design the modern fire and EMS facility, knew the ingredients he wanted for firefighting success and 42 happy firefighters and EMTs.

The new complex will swing open its doors to the public for an Open House on Saturday, Oct. 15 from 10 a.m.-4 p.m.

“To help us to get everything we’d hoped for in creating the new fire house, we had a great group of trustees in John Paul Dress, David Hirt and Dianne Rozak and Fiscal Officer Carolyn Adams to shepherd the fire levy along to make it happen,” said Kahler. 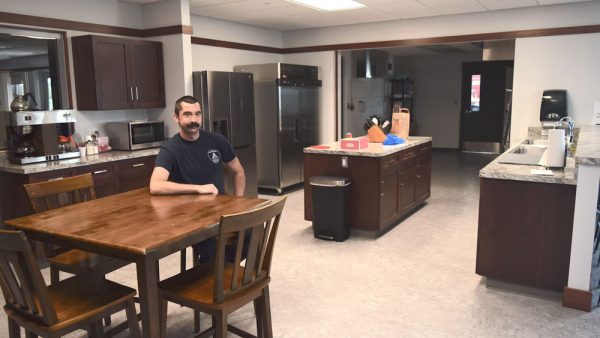 The .75 mill levy for the firehouse received strong approval in November 2020, and in rapid fashion a new site was chosen that would be centrally located in the township and replace two other smaller fire stations, which will be repurposed.

“We can now easily serve all corners of the township very quickly, and we solved a lot of problems with its design,” said Kahler. With fire trucks and EMS trucks being built bigger, the new station has larger doors to accommodate them — and include more vehicles. 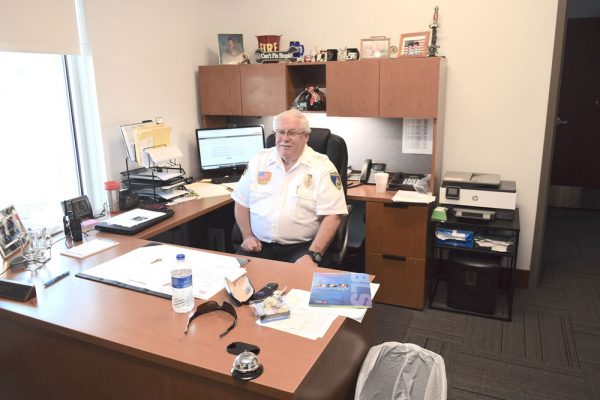 Fire Chief Keith Kahler and his officers have new, but spartan, offices at the fire station. (Photo by D’Arcy Patrick Egan)

The new station has training facilities for the first time and a large meeting room and break room with a full kitchen. There is a large exercise room, individual sleeping rooms and offices for the chief and other officers.

“While some may think an expensive new fire house is difficult to afford, it can actually save local homeowners significant money on homeowner’s insurance,” said Kahler, who recommends residents check with insurance companies to see if their rates go down accordingly. The lower number in the federal rating system means lower insurance rates.

Kahler even got a break on the property for the fire station, which had been up for sale. Owned by noted home builder Ken Cleveland, Kahler knew Cleveland had a soft spot in his heart for firefighters in the past and cut the purchase price to a bare bones $75,000. 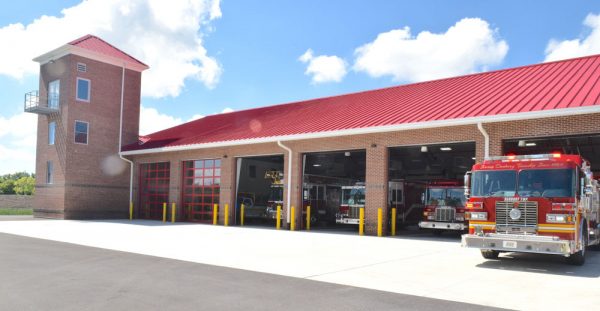 Rows of outside bay doors can be opened quickly when sending fire trucks and EMS vehicles to an emergency. (Photo by D’Arcy Patrick Egan)

After the title was transferred, Kahler went looking for architects and construction companies. It wasn’t his cup of tea — “I put wet stuff on red stuff! I don’t know about building firehouses” — but he was under the gun. If trustees had waited, the price would have soared.

“The people in this fire station are dedicated, and we wanted a building where in the future we could have 8 full-time people — an engine crew and two squad crews — that would be comfortably on duty for 24 hours a day, seven days a week,” said Kahler. “They’re all part-timers in a very dangerous profession and deserve every bit of our support.”