Danbury Twp. is site of first Ohio battle in War of 1812 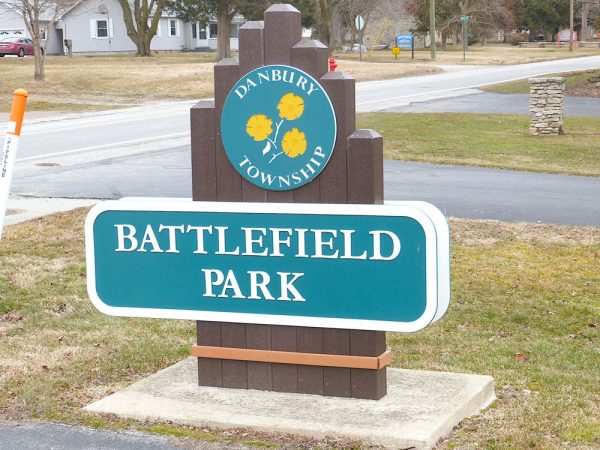 If you asked a local resident if they have ever visited Mineyahta-on-the-Bay, they would most likely ask “Where?” Followed by a resounding “No.” Yet, this area is home to the “Skirmish on the Peninsula,” the very first battle on Ohio soil in the War of 1812.

The fighting involved both local and Ohio militia against a large group of Native Americans, who had moved onto the Peninsula looking for food — and killing anyone they found.

Benajah Wolcott, the first Marblehead lighthouse keeper, had built his first log house nearby, but the family had already left the Marblehead Peninsula by then. It would be his deserted cabin, though, that would play an important role in the battle.

Four small boats were rowed across Sandusky Bay by 18 militia men. As the boats neared the mouth of the bay, a sudden storm forced the men to take refuge on Bull’s Island, which later came to be known as the far more familiar Johnson’s Island.

The militia force decided to scout the area. Leaving a few men to guard the boats, they started toward Two Harbors (East Harbor State Park). Spotting a large number of Potawatami Indians, when they counted 47 of them sitting outside the Ramsdell farm the militia quickly retreated. 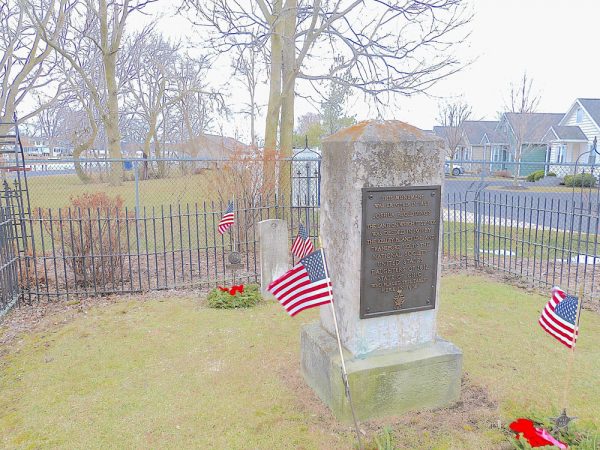 Tucked away in Danbury Township is the Joshua R. Giddings Monument in Battlefield Park, which is across East Bayshore Road from The Keeper’s House.

They rowed across Sandusky Bay to Camp Avery, and were able to assemble a group of 72 volunteers.

Among them was 17-year-old Joshua Giddings.

Early the next morning, the force crossed to the Marblehead Peninsula just east of Bull’s Island. Leaving eight men at the boats, they began their march across the peninsula to Two Harbors and the Ramsdell farm.

Finding the farm deserted, they continued on, leaving 10 men to gather up the already harvested wheat to take back. They entered a field of grass as tall as a man’s waist, where Indians rose up directly in front of them and fired a volley.

The exchange of gunfire lasted about 15 minutes before the Indians slipped away.

About 40 men reached Wolcott’s log house. Another 30 moved on to where they had left the boats earlier in the day, and found two of the boats had been scuttled.

The Indians had found and punched holes in them. The guards had escaped in the other two boats. 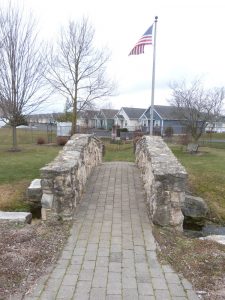 The Old Stone Bridge leads to the Skirmish on the Peninsula Monument at Battlefield Park Memorial in Danbury Township.

The firing at the farmhouse was heard by Corporal Coffin and his men from those boats, and they moved back towards the shore. Not knowing where the fighting was, he remained out of rifle shot, but seeing some men coming down to the point carrying the wounded, he immediately made for the shore.

Because of the poor health of those at Camp Avery, it was impossible for them to mount a rescue of those stranded at Wolcott’s log house. An urgent message was sent to Black River that there was a number of men abandoned on the peninsula, but no rescue was possible from Camp Avery. A rescue was finally attempted and they found 37 men, hungry but alive. Eight American militiamen and 30 Native Americans were killed.

In 1857, Giddings erected a monument at the battle site to his childhood friends who had perished. The scattered bones of the dead were later gathered together and interred near this site by Horace Ramsdell, whose young brother had died in the skirmish.

This was the very first battle of the War of 1812 on Ohio soil and the only engagement of arms on the Western Reserve.