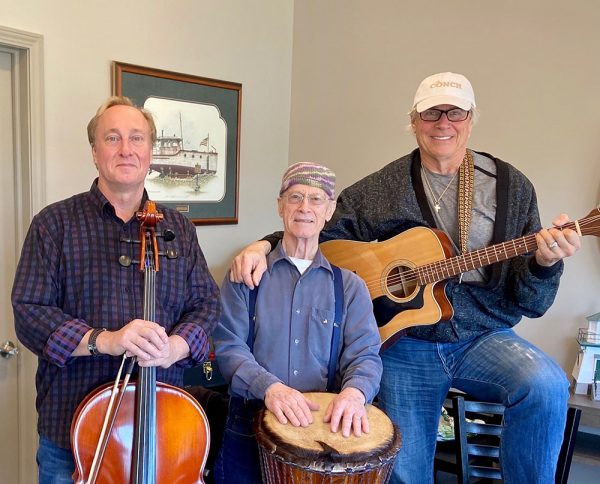 The Island Song Trio, an eclectic mix of area musicians, will take the Riverfront Live! stage on Friday, June 19 at 6 p.m. Featured are Dr. John Davenport, Tim Barrett and David Altman playing tunes at the Meals on Madison site on Madison Street in downtown Port Clinton.

Davenport is a retired military aviator from Catawba Island whose music at his Hard Live studio in Sandusky has drawn rave reviews. He has written more than 140 songs and has a music CD to his credit.

Barrett is a retired elementary school principal and former member of the Akron Symphony. Barrett plays bass, guitar, cello, mandolin and violin. Altman is a proponent of the Drum Circle, and he and his wife, Guilda, created the improvisational drumming group GADA. He will be featured on his Ashiko drum.

Riverfront Live! will feature The Witt Brothers on Friday, 26 at 6 p.m., playing the blues and music of the 60s and 70s, including Jimmy Buffet tunes.