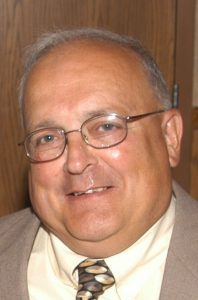 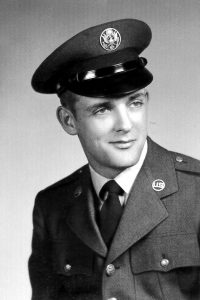 David Frederick Creeger, 78 of Port Clinton, formerly of Bascom, died Friday, April 16, at his home. The youngest child of Gilbert Hazen & Lucinda Theresa (Schalk) Creeger, he was born June 13, 1942, in Tiffin, Ohio. He married Linda Ann Miller, of Findlay, on Oct. 24, 1970 at St. Michael’s Catholic Church Annex in Findlay. After living in Bascom 44 years, they retired to Catawba Island in 2014.

He is survived by his wife of 50 years, his daughter, Kathryn Ann “Kathy” (Richard C. “Rick” Jr.) Dale, his son, Andrew David “Andy” Creeger, and two grandchildren Logan Alexander and Lillian Kathryn “Lilly” Dale, all of Port Clinton. He is also survived by brothers-in-law, Edward Souder of Fostoria, Alfred Herold of The Villages, Fla. and 12 nieces and nephews. He is predeceased by his parents, infant siblings Mary Agnes Creeger and John Gilbert Creeger, and older sisters, Mary Alice Souder and Dorothy Jane Herold.

Starting as a child, he worked at Meadowbrook Park in Bascom until college. He graduated in 1960 from Hopewell Loudon High School in Bascom. He attended The Ohio State University from 1960-1962 where he played his clarinet in the ROTC band. In 1962, he enlisted in the U.S. Air Force. He was in Base Supply for the Strategic Air Command (SAC) at Westover Air Force Base in Springfield, Mass. and for the Pacific Air Forces (PACAF) at Kadena Air Force Base in Okinawa for 18 months.

Upon discharge from the Air Force in 1966, he started at the Ford Company – Autolite Sparkplug in Fostoria, Ohio. He was a fabrication technician and a member of the fire brigade, and retired, in 2004 after 38 years employment, from the Honeywell Corporation – Autolite Division.

Rarely did he miss going to his children’s school and athletic events and proudly watched them achieve in their educations, jobs, and family. Since retiring, he liked working with his American Flyer model train layout, going to drum and bugle corp. competitions, attending Ohio State University Marching Band events, fishing behind his house, and attending his grandchildren’s’ school and athletic events.

Condolences may be sent and the guest book signed at www.hgmackfuneralhome.com.