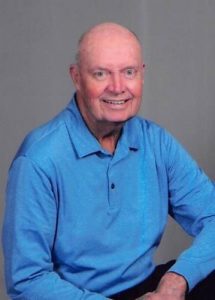 David Alan Glasser, 80, of Jekyll Island, Ga., passed away peacefully on April 12 at Hospice of the Golden Isles after a lingering illness.

Dave was a native of Cleveland, graduated in 1958 from Avon Lake High School in Avon Lake, where he was active in several sports and president of his senior class. He graduated from Bowling Green State University in Bowling Green, and was a member of Phi Delta Theta fraternity. His long and successful business career was in the refractories industry in industrial sales with KEK Refractories of Pittsburgh, Pa., and for many years at Wahl Refractories of Fremont. He was Vice President of Sales at Wahl where he traveled extensively in the eastern U.S., France, U.K., Mexico, and more.

Excelling at sports was natural for Dave from being on a State Champion Little League baseball team from Parma, in his youth, also an excellent bowler and swimmer, but especially he was an avid golfer most of his life. He was a past member of Lakewood Country Club, Chartiers Country Club (Pittsburgh, Pa.), Rolling Hills Country Club (McMurray, Pa.), Fremont Country Club, Catawba Island Club and Jekyll Island (Ga.) Golf Club. He was past president of the men’s golf associations at several of those clubs. With his golf buddies he traveled to numerous courses near and far, enjoying the “Highwaymen” of Port Clinton and the annual “Big Ben” group, among others.

Dave will long be remembered for his charming and ever-ready smile, his special gift for making everyone feel comfortable and his big generous heart. He really enjoyed sharing his wonderful life with his loving family and his friends. There were a lot of laughter, parties, dancing, dinners, golf, travels and so much fun.

He was predeceased by parents, David L. and Dorothy Glasser sister, Beverly Lambacher Horn; and his first wife of 12 years, Marilyn.