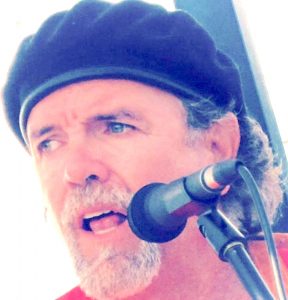 And, not to be forgotten, Lester has performed at Port Clinton’s world-famous Walleye Festival. Lester will be performing on Friday Night Live! Aug. 5 at 5 p.m. at the Meals on Madison Stage in downtown Port Clinton, followed by a gig at the nearby Clinton House at 7 p.m.

A full time musician in northwest Ohio for 15 years, Lester has performed more than 200 performances each year since 2013. He has performed for Gov. John Kasich and Melissa Manchester.

Holding a Bachelor of Music Degree in Classical Guitar Performance from Bowling Green State University, he has completed graduate work in Music Technology from Indiana University. As a classical guitarist Lester has performed in theater and with an orchestra, playing both guitar and banjo.

As an educator, he established the Classical Guitar Program as well as the Classical Guitar Ensemble at Terra State Community College, where he has been adjunct faculty since 2002. Lester has four CDs, ranging from classical guitar to singer-songwriter material and a holiday CD.