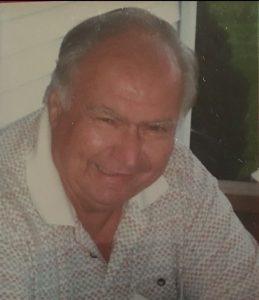 Donald “Don” Richard Bennett, 79, of Port Clinton, passed away on Monday, May 2, at Edgewood Manor Nursing Center in Port Clinton. He was born on July 20, 1942, in Port Clinton, a son of the late Richard and Elise (Bartell) Bennett.

He was a veteran of the United States Army, having honorably served during the Vietnam War and received a Commendation Medal for his service. He worked at US Gypsum for 14 years and then went to work at General Motors in Toledo, where he worked in the Hydramatic Division until his retirement in 2005. He was an avid NASCAR fan and loved dirt car racing. He enjoyed watching sports, especially the Cleveland Browns and the Cleveland Indians. He enjoyed traveling and living his best life. More importantly, he enjoyed spending time with his family and friends.

There will be no visitation or services at this time as cremation has taken place. In lieu of flowers, memorial contributions may be made to the Wounded Warrior Project, 4899 Belfort Road, Suite 300, Jacksonville, FL 32256. Online condolences may be shared with the family at www.walkerfuneralhomes.com.

Arrangements were entrusted to the care of the Gerner-Wolf-Walker Funeral Home and Crematory, 216 Washington Street, Port Clinton.