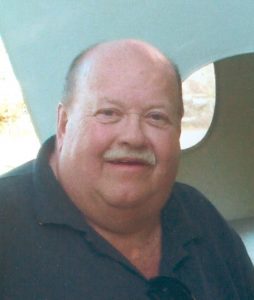 Donald Edward Conte, 78, of Lakeside-Marblehead, passed away on Thursday, Nov. 19, at Stein Hospice Care Center in Sandusky. He was born on March 5, 1942 at Magruder Hospital, Port Clinton to Sam and Ellen Ruth (Wharton) Conte.

Donald graduated from Port Clinton schools. After graduation, he continued his education and received a degree in Industrial Arts and from Stautzenberer College in Toledo, an associates degree in Drafting He was employed at Standard Products Company for 20 years before he retired and went to work at Lakecraft Corp, where he served as a Vice President and CEO.

Donald was a member of many organizations, St. John’s Lutheran Church, Port Clinton; the Allied Masonic Degrees Portage Council #192 of Port Clinton; the International Chili Society; and O.H. Perry Masonic Lodge #341 where he was a past Master 1982 and a 30 year member.

He was involved in many outdoor clubs; he was a past member of the NRA, Rockwell Springs Trout Club, Friends of East Harbor State Park and Ducks Unlimited and Pheasants Forever. Donald wanted what was best for his community and took part in the following organizations, Singara Grotto Temple, Sandusky City Chapter #72 R.A.M., Sandusky Council #26 R. & S.M., and the Erie Command #23. He also divided his time between the Scottish Rite Toledo Consistory 32, Ottawa County Scottish Rite Club, the Shriner Zenobia Temple, Toledo and Ottawa County Shrine Club. Donald was the past president and member for the Community Improvement Corp of Ottawa County, was a member of “Sea Explorer, Ship #368 B*S*A and was on the boards of some vocation schools as an advisor.

Donald loved being outside. He enjoyed hunting, fishing, BBQing, riding motorcycles & streetriders and shooting & instructing at National Matches at Camp Perry. He enjoyed photography and loved tinkering, building and making fishing rods, lures and muzzeloading guns. He participated in many ICS chili cook-offs and enjoyed cooking.