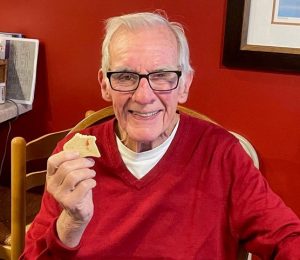 Donald Roy Melena, age 90, passed away in his home in Port Clinton on Monday, Sept. 27. He was born on Jan. 1, 1931, to Frank and Mae Melena of Garfield Heights. He was the youngest of three boys. His brothers were Ralph and Franklin Melena (both deceased). He graduated from Garfield Heights High School in 1948, then Bowling Green State University in 1952. He served in the US Army during the Korean War from 1952 to 1954 and received his Juris Doctor from Case Western Reserve Law School in 1957.

Donald was an attorney for 51 years. He started his career working for the office of Franklin Polk, then moved on to the US Immigration and Naturalization service. Donald was a partner in the firm of Sonkin & Melena of Cleveland, and later established Donald R. Melena, Attorney at Law in Port Clinton. He was an active member of the Cuyahoga County Bar Association, the Ottawa County Bar Association, the Ohio State Bar, and the American Immigration Lawyers Association where he mentored lawyers new to immigration practice. He was also President of the Father’s Club and a long-standing member of the Casino Committee at St. Ignatius High School from 1979-1995. After retiring in 2000, he went on to enjoy a robust portfolio of volunteer opportunities including Coach of the Port Clinton High School Moot Court Team, Docent for the Ottawa County Historical Society, and Volunteer for the Friends of Magee Marsh. He belonged to Immaculate Conception Catholic Church in Port Clinton where he served on the Finance Council and the “Brotherhood of Pasta” committee.