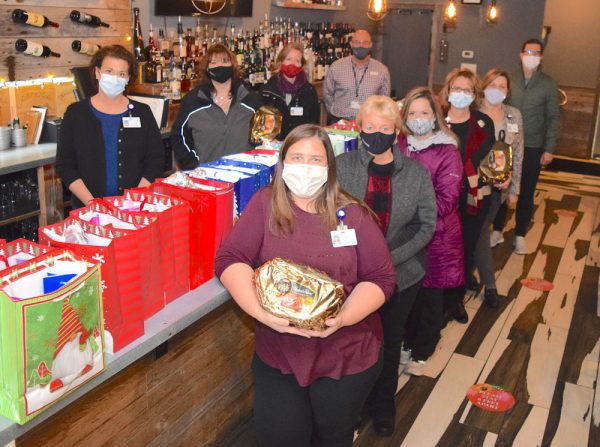 The United Way collaborated with Magruder Hospital and, with financial support from local philanthropists Hal and Diane Hawk to provide for initiatives like this, delivered food packages to make the holiday bright for many groups and families.

“We have so many caring and giving people in Ottawa County,” said Jessica Singerling, Manager of Donor Relations for United Way. “We look forward to creating more of these types of opportunities for people to serve our community.

“We are also thankful to the The Orchard Bar & Table for providing the staging area for this effort. We could not have done this without everyone’s help.”

The packages were distributed both in the Port Clinton area and on Put-in-Bay, and included a premier ham with all of the fixings. Volunteers, including many officials from Magruder Hospital, distributed the more than 75 packages on Tuesday afternoon.

“Nick Marsico really encourages his staff at Magruder Hospital to get out and serve our community,” said Singerling. “It was very impressive to see how everyone partnered to benefit the community during the holiday season.”