Donna Marie Renton, 82. of Marblehead, and previously of Cleveland, Ohio, died Friday, Feb. 1 at her home. She was born in Westlake, Ohio, the daughter of Robert and Mathilda (Bohland) Moorman. She married Walter G. Renton on Aug. 8, 1953 and he preceded her in death on March 1, 2001.  Mrs. Renton worked at Uncle John’s Plant Farm in Olmsted Falls for over 30 years.

A Memorial/Celebration of her Life will be held at a later date. “Donna Vodka Water Gone Fishing With Walter”  Online condolences may be shared with the family at neideckerleveckcrosser.com.  Neidecker, LeVeck & Crosser Funeral Home & Cremation Service, Peninsula Chapel is handling the arrangements. 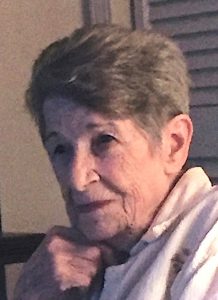