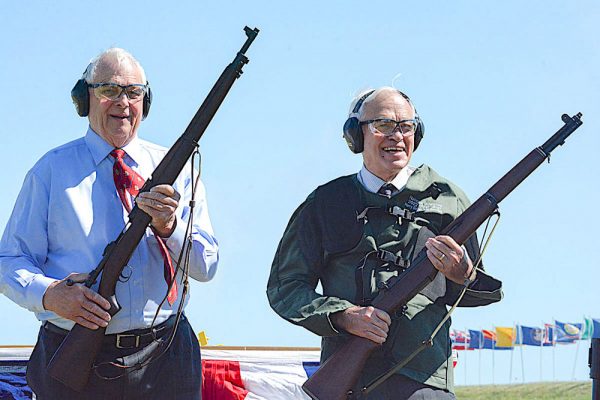 On a beautiful, sun-filled morning, the Civilian Marksmanship Program (CMP) hosted the opening event on Tuesday, July 12 to kick off the 2022 National Rifle and Pistol Matches – the First Shot Ceremony.

The First Shot serves as a welcoming for guests, participants, volunteers and staff eager to start the annual National Matches – held at the Camp Perry National Guard Training Facility. The Matches have assembled marksmen and women at Camp Perry since 1907 and has grown to feature several highpower, smallbore and long range rifle, as well as pistol and air gun events, to thousands each year.

Distinguished emcee of the ceremony, CMP chairman and CEO, Judy Legerski, led the festivities – introducing guest speakers and emitting her own reflections on the Camp Perry. 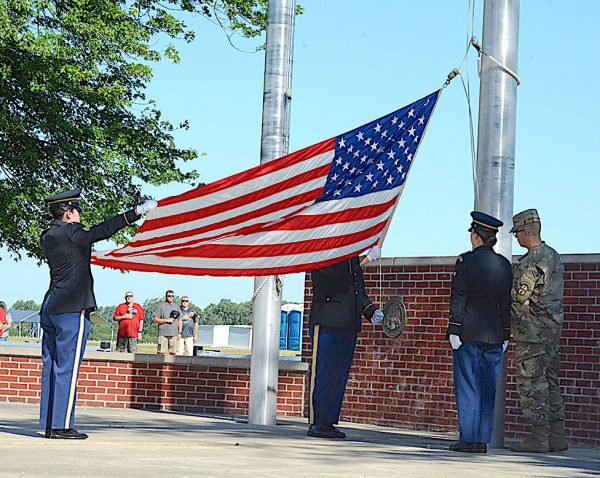 Members of the Ohio National Guard raised the flag on Shooters’ Plaza.

Legerski also familiarized the crowd with her colleagues and honored guests, the First Shot speakers: CMP’s Board Treasurer, Jon Bengston, and CMP’s Board Secretary, Harry Sieben. Both men are retiring in 2022 after long and unforgettable careers as members of the CMP Board.

For the first time in the ceremony’s history, two First Shots were taken. Bengston used a 1903 Springfield rifle as Sieben fired a M1 Garand rifle. Before their ceremonial shots downrange, each made remarks to the crowd.

Sieben spoke of the evolution of the CMP through its 100-year legacy – briefly describing its origins through President Teddy Roosevelt into what marksmanship has flourished into today.

When his remarks were finished, Sieben jokingly introduced “the second best shooter at this First Shot Ceremony,” Bengston, who gave his own comments.

He kept his statements short – speaking on the importance of the relationship between the CMP and the Ohio National Guard in upholding the National Matches.

He also spoke to the traits that make the National Matches exceptional – welcoming competitors of all skill levels to join together on the celebrated ranges that have accommodated some of the best shots in American history.