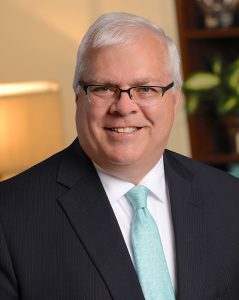 Applegate and his wife, Mary, who is also a doctor, won’t have to worry about where to stay.

“We have had a home on the Marblehead Peninsula for the last three years, and spend a lot of time here,” said Applegate. “We love the area, so when the county commissioners explained their need for a coroner, I offered to help.

“I look forward to working with them, and Sheriff Steve Levorchick, and putting together a team in the coroner’s office here. I presently am an administrator in a large health care system, and have long had a family practice.”

That includes delivering more than 1,600 babies over the years.

Dr. Applegate has been the Union County Coroner since 2000, and was recently elected to his sixth term. Treasurer of the Ohio State Coroners Association, he has served the OSCA as Vice-President, President and Board Chairman. He has also served on state task forces related to drug overdoses and death investigation.

Dr. Applegate won’t have a problem staying tuned to Ottawa and Union counties, which are about 100 miles apart. When visiting Ottawa County, he hangers his airplane at the Erie-Ottawa International Airport.

A well-rounded sportsman, Dr. Applegate enjoys fishing and hunting, and has spent a lot of time on the Lake Erie shoreline over the years.

“As a kid, I spent a lot of summers in the Huron area,” he said. “And we took my late father-in-law to the lake just about every weekend. I haven’t bought a boat yet, because my Marblehead neighbors are always inviting us to go on the water with them.”

The Ottawa County Commissioners had been looking for a coroner to fill the position after no one ran for the job in the November election. Dr. Daniel Cardigan had been the County Coroner since 2014, and decided not to run.

“There has been a real trend in small counties to turn the coroner’s job from full time to part time,” said Dr. Applegate. “The post used to have a lot of benefits, but not any more, so fewer people want to run for coroner.”

The Ottawa County Commissioners — Mark E. Coppeler, Mark W.Stahl and Donald A. Douglas — had been searching for a replacement to fill the vacant term that begins Monday, Jan 4. The commissioners said Dr. Cardigan and the Ottawa County Sheriff will make sure the transition to Dr. Applegate as coroner is a smooth one.

Dr. Applegate graduated from the Ohio State University College of Medicine in 1988, and was chief resident at Ohio Health Riverside Methodist Hospitals. He spent the next 24 years in primary care at hospitals in Marion and Bucyrus.

He retired the obstetrical portion of his practice in 2001. Dr. Applegate was also Medical Director for the Union County Sheriff’s Department, served six fire departments in Union County and volunteered as a team physician for a local school district.