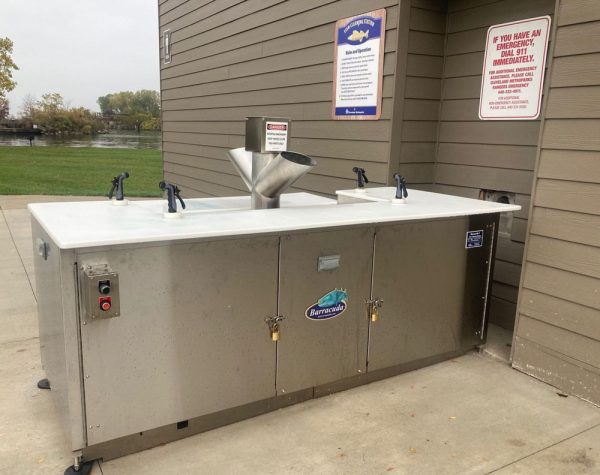 Walleye fishing has trended back to the east of the Lake Erie Islands. Casters have been doing the best five miles east of Kelleys Island. With some days being windier than others, bottom bouncers in the deeper waters have been working, as well as single-hook Weapon spinners or mayfly rigs with 1-ounce weights.

Overall, casting for walleye has remained pretty strong. For seasoned fishermen, the rock piles have been holding good numbers of walleye. The best depths have been 10 to 15 feet.

Trollers have been making further treks to the northeast to the weather buoy north of Vermilion on the Ohio-Ontario border. It is a long ride, but the walleye fishing there has been fast and furious. Crankbaits are now back in the news for trollers. They have been setting the minnow-style diving plugs back at 90 to 100 feet with a 2-ounce weight in front of the crank bait.

The best trolling speeds have been 1.8 to 2.0 miles per hour.

There have been reports that the spiny fleas have shown up in the perch diet, slowing the bite. The best areas have been Green Island, south of Green Island and west of Green island about a mile.

Fishing for perch has been most consistent at A Can and B Can. The good news is that most bait stores now have shiners again. It’s good to see the shiners on the rebound.

The Sandusky Bay catfishing remains to be strong. It is amazing how popular it has become. There are now a few guys who are guiding catfish charters and we have been seeing more and more catfish coming in to be filleted.

There are not many reports coming in on smallmouth bass fishing, but the last report we had was that 15 to 19 feet of water was where they were being caught. We all have our fingers crossed that we will be able to start going to the Canadian side of Lake Erie to catch the plentiful bass, but we have not heard anything yet.

Although the weather has been hot and humid, the fishing has remained strong through August. So until next week, get out there and fish!