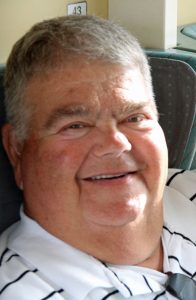 Duke Benevento was born in Cleveland on Dec. 10, 1938, to Albert and Ruth Benevento.

He grew up in Cleveland and then North Olmsted, graduating from North Olmsted High School and Griswald Institute in 1957. He owned a TV repair shop and then joined his uncles in the electrical union IBEW #38 in 1958. In 1964, he fulfilled a dream and got his pilot’s license.

Duke worked for a variety of different electrical union contractors until 1990 when he fulfilled another dream and bought the Herbst Electric Company. He turned Herbst into a thriving business and was nominated for Cleveland entrepreneur of the year in the early 90’s. He further served proudly on committees and boards for the IBEW #38 and for the National Electrical Contractors Association (NECA), where he was particularly proud of his work to provide training to the next generation of electricians. During all this time, he was proud to work with many great employees and develop many close, lifelong friendships.

Since he was young, Duke’s passions outside of work were boating and fishing. Over the years he owned many boats, his last being his beloved Regulator. He fished in many tournaments, including many for charity, won many trophies, and more importantly made a lot of friends and memories. He wanted to be remembered as a “CLASS A FISHERMAN”.

Duke is preceded in death by his parents Albert and Ruth Benevento, and his son Albert Benevento III.

Due to Covid quarantines all services and plans are being postponed. When the time is right, we will have a Celebration of Duke’s life. Donations may be made to his sister Nancy’s Animal Sanctuary: Island Safe Harbor Animal Sanctuary, 3620 E. State Road, Port Clinton OH 43452 or to your favorite charity!

“To all those that think of me, Be happy as I go out to sea. If others wonder why I’m missing, Just tell them….I’ve gone fishing!”

Online condolences may be shared with the family at www.neideckercrosserpriesman.com. Neidecker, Crosser & Priesman Funeral Home & Cremation Service, Port Clinton is handling the arrangements.