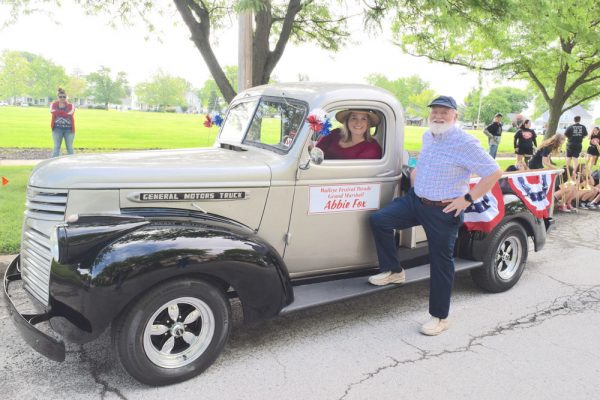 From squadrons of dancing baton twirlers to the hand-waving royal courts representing summer fairs and expositions around the region, families lining the downtown Port Clinton streets gave a hearty shout out on Saturday morning to their favorites in the annual Fraternal Order of Eagles Grande Parade.

A tradition of the annual Walleye Festival held by Main Street Port Clinton and the City of Port Clinton, parade officials must have had Lucky Charms for breakfast on Saturday. Moderate temperatures and slightly overcast skies greeted Port Clinton’s fire trucks, which escorted the bevy of floats, bands and dancers down Madison Street on the beautiful morning.

Families brought chairs and perched on curbs to watch the youngsters and the oldsters, which included parade sponsors such as Ohler & Holzhauer Inc. The downtown company has been fixing area furnaces here for more than 100 years, and dazzling parade crowds with its motorized bathtub that puttered along. 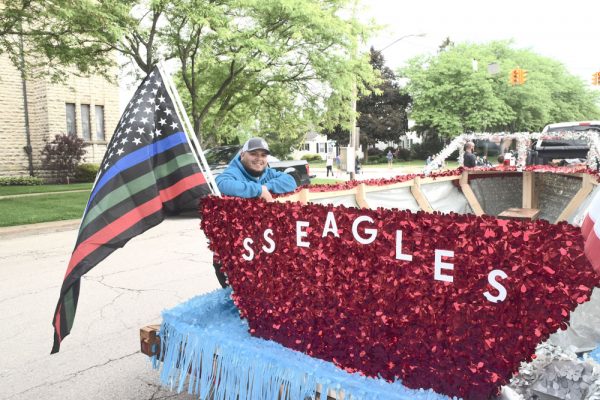 The best seat in the house was in front of the Ida Rupp Public Library, where parade judges Margaret Philllips and Lisa Sarty, council members for the City of Port Clinton, and Assistant Director Courtney McGraff of the Ida Rupp Public were stationed with Parade announcer Judi Halstead, the guiding force behind the RiverFront Live bands that play all summer at the Meals on Madison area on Friday nights at 5 p.m. 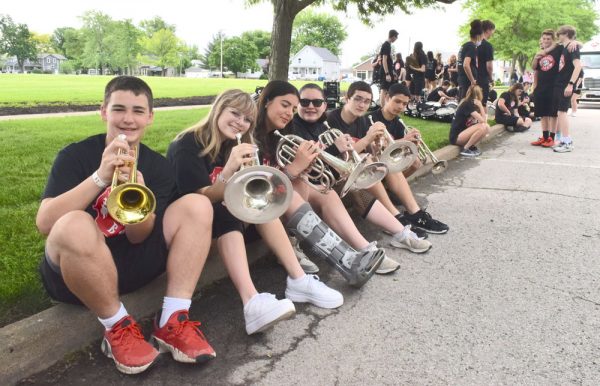 Immaculate Conception School took the Most Spirit Award. Ohler & Holzhauer Inc.’s motorized bath tub was the Most Entertaining, Logistico was picked for Best Theme, and the Best of the Baton Twirlers went to Deputies from Elyria, Ohio.