Eddie Adams: Vietnam exhibit an eye-opener at The Arts Garage 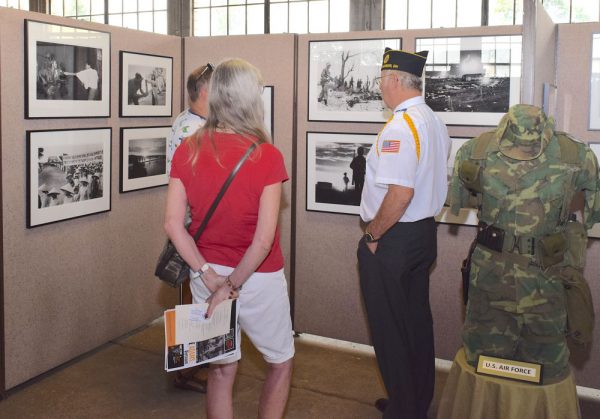 A powerful photography exhibition, Eddie Adams: Vietnam, opened on Saturday, Aug. 7 at the Greater Port Clinton Area Arts Council’s new home, The Arts Garage, at 317 W. Perry St., Port Clinton. It was met with solemn enthusiasm, and opened the door for learning about this controversial war.

The exhibition will be open at 10 a.m. on Wednesday through Sunday at The Arts Garage and will continue through Nov. 14. Volunteers are needed and private viewings can be arranged by calling 419-341-0390.

The ceremony, orchestrated by Sara Toris, director of the Ottawa County Veterans Service Office, began with the Parade of Colors by American Legion Post 114, followed by a beautiful rendition of the Star-Spangled Banner sung by local vocalist Rosemary Schramm, and a reading of the POW/MIA Remembrance by Social Member Kevin Winters of VFW Post 2480. There were words of appreciation from Arts Council representatives Jonnie Myers Debbink, Oak Harbor Mayor Quintin Babcock and Port Clinton Mayor Mike Snider.

But nothing commanded the audience quite like the words of guest speaker Ron Distel. 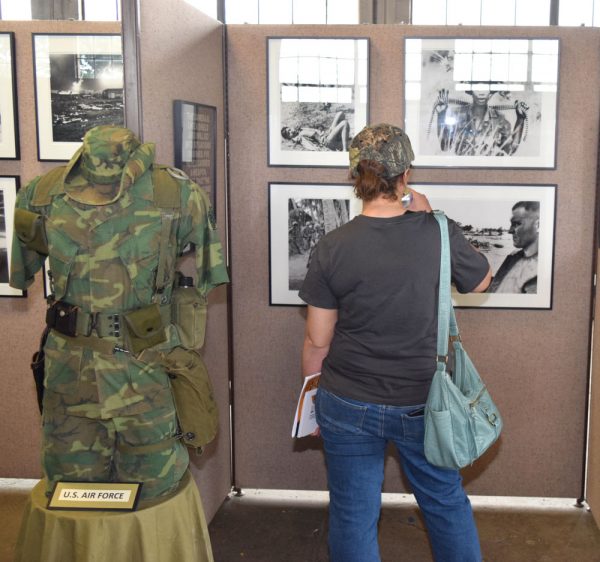 A Vietnam veteran, Distel shared the stark reality that of the 2.7 million men and women who answered the country’s call, there were 58,314 U.S. military fatal casualties of the Vietnam War, all in a country two-thirds the size of California. Sadly, 340,000 veterans have died from exposure to Agent Orange, “a powerful defoliant that killed brush, so the enemy could be seen easier.”

“The 13th of next month will mark 50 years since I was fortunate enough to return back to the world from Vietnam, and see the ones that I had missed for 366 days,” said Distel. He said those who served in “that” war referred to the United States as “The World.” 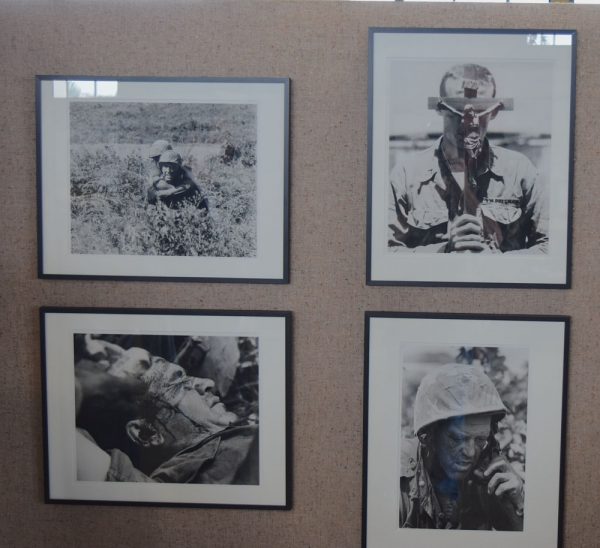 Those who served honorably upon returning home “never got a thank you from the government or the American population – only protests and spit in our faces,” said Distel, remembering a war filled with miscommunication at home, and horror for those who served. The American public protested the war, while those in Vietnam served valiantly and proudly.

Excerpts from Distel’s speech will be posted on the Eddie Adams GPCAAC Facebook page.