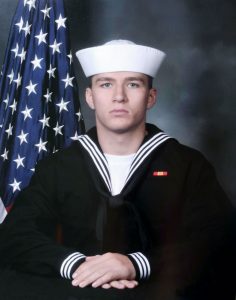 EDITOR’S NOTE: Many local and national officials have responded in sadness to the death of local U.S. Navy officer Max Soviak, a Berlin Heights man who was serving in the U.S. Navy at the Kabul airport when he was killed during a recent suicide bombing attack. One of the most poignant comments after Soviak’s untimely death came from EHOVE Career Center officials, where Soviak was a graduate.

All at EHOVE Career Center were saddened to hear of the loss of Max Soviak, a medic serving in the U.S. Navy who was killed in a recent attack on the Kabul airport. He was in the EHOVE Electrical Tech Class of 2017 and from Edison High School.

Prior to joining the Navy, Max attended EHOVE Career Center for his junior and senior years. He was enrolled in the Electrical Tech program, which teaches students how to work with residential and industrial wiring systems.

Anytime we lose a student, we lose a part of our school family and the loss is deeply felt. Our thoughts are with Max’s family and friends at this time. Along with all federal buildings, we will be flying our flag at half-staff to honor Max and the other victims.

Electrical Tech instructor Vince Ragnoni was Max’s instructor for half of every school day for two full years.

“Max and I had many good conversations about his future and going into the military. I was proud of him for choosing to serve,” said Ragnoni. “He was so friendly, very competitive, and was always pulling shenanigans.

“He liked to get people to laugh. I was honored to have been able to have him as a student. His parents were so supportive, and you knew he was very loved.”
EHOVE staff and students send their condolences and support to the entire Soviak family.