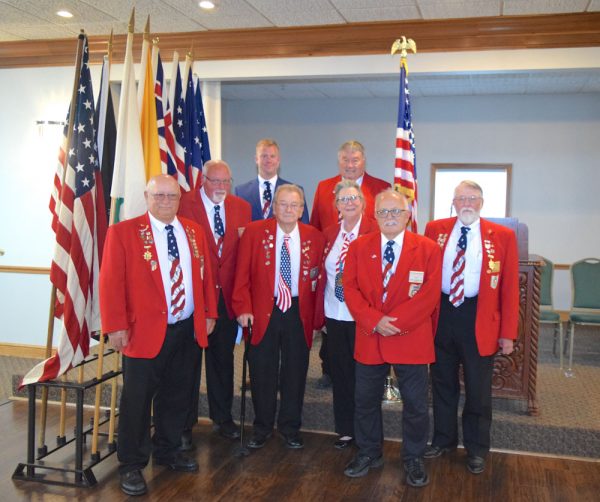 The venerable Elks Lodge in Port Clinton again was at the forefront of honoring the U.S. flag last week during the service group’s traditional Flag Day ceremony. Lodge members and visitors filled every seat for the patriotic speeches by officials and the Port Clinton High School Choir beautifully singing “The National Anthem” under the direction of Choir Director Bruno Bush.

“Flag Day is so very important for us, giving us all a chance to commemorate the birth of theAmerican flag and what it means to all of us,” said Pam Hatfield, the Elks’ Exalted Ruler. “We’re proud to be able to display all of the American flags from over the many years.”

The Elks Lodge is also known for its summertime sumptuous Sunday brunch events that are open to the public through Sept 4 from 8:30 a.m.-noon. They can accommodate large parties for the “all you can eat” brunches.

In 1949, Congress approved, and President Harry Truman signed the national observance of Flag Day on June 14 into law to commemorate the birth of the American Flag, and to rededicate Americans to the ideals for which it stands.

“This beloved emblem, which flies above all our people of whatever creed or race, signalizes our respect for human rights and the protection such rights are afforded under our form of government,” said Truman.

Today, Flag Day is celebrated with parades, essay contests, ceremonies and picnics sponsored by veterans groups, schools, and groups like the National Flag Day foundation whose goal is to preserve the traditions, history, pride, and respect that are due the nation’s symbol, Old Glory.