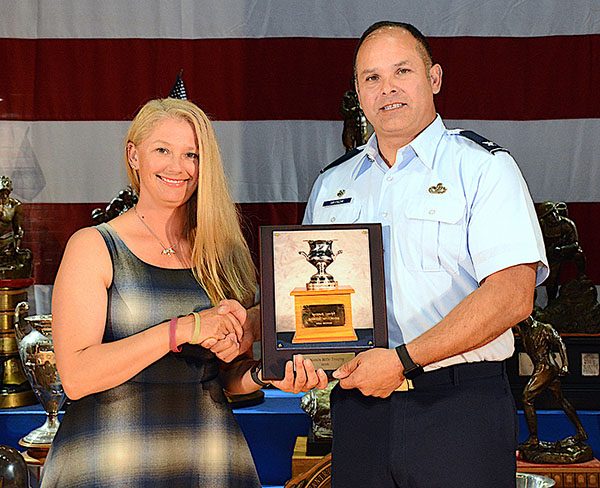 Sara Rozanski, of Elmore, recently topped all female competitors in the National Trophy Individual Match (NTI) with a new record score of 496-22X, winning the Women’s Trophy at the National Matches at Camp Perry.

“It’s been a rough year, so this will most definitely be the highlight. It felt amazing to be able to pull it together and perform well,” Rozanski said following the match.

In a very competitive knot at the top of the ranks among all competitors she finished fifth overall after tie-breakers, just one point out of first place and four points from a perfect score of 500. A total of 992 competitors fired in this year’s NTI match that dates back to 1904 – the second year of the National Matches, originally fired at Sea Girt, N.J.

“It’s an honor to set a new women’s record since the level of competition is so high. It gives one a sense of accomplishment knowing you are competing against the best competitors this sport has to offer,” Rozanski said.

Rozanski has been competing in highpower rifle events since she was 16 years old, when she learned to compete with the semi-automatic civilian equivalent of the Army’s M14 rifle, commonly referred to as the M1A.

The National Matches were moved to the Ohio National Guard’s Camp Perry near Port Clinton in 1907, having run out of room at Sea Girt after four years. Camp Perry’s ranges included ample pistol facilities and rifle ranges out to 1,000 yards and boasted the longest continuous firing line in the world.