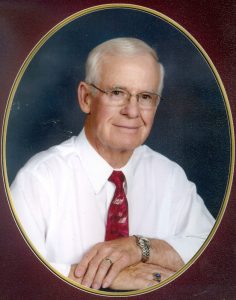 Emil Cellier, 93, of Catawba Island, passed into the arms of his Savior on Nov. 5 at Firelands Regional Medical Center. He was born in Patterson, N.J. on Sept. 15, 1928, the son of Louis A. and Lucy J. (Moinat) Cellier. After graduation from high school, he attended Barrington Bible College and later graduated from Wheaton College in 1955. He went on to New York University where he graduated with a master’s degree in psychology. Emil married the love of his life, Hilda (Schwarz) in Patterson on July 18, 1953. After 46 years of marriage, she preceded him in death on April 5, 1999.

Emil started his career at Uniroyal Corp. in Passaic, N.J. and in 1973 he moved to the Uniroyal facility in Port Clinton where he retired as plant manager. His faith was a very important part of his life and he lived it every day. He and Hilda were lifetime members of Plymouth Brethren Assembly in Patterson, N.J. and always maintained close ties there. Here in Ohio they attended Grace Community Church in Fremont.

Emil was an avid gardener, meticulously tending his flower beds and lawn. He also enjoyed painting, cooking, sewing, fishing in Lake Erie and surf fishing in Vero Beach, Florida. He loved nature and animals as well. Over the years Emil served on the boards of H.B. Magruder Hospital, and the Carmel Hills Assisted Living Facility in Charlotte, NC. He was a member of the Rotary Club and United Way and looked forward to the fellowship those organizations offered. He was a long-time member of the Catawba Island Club.