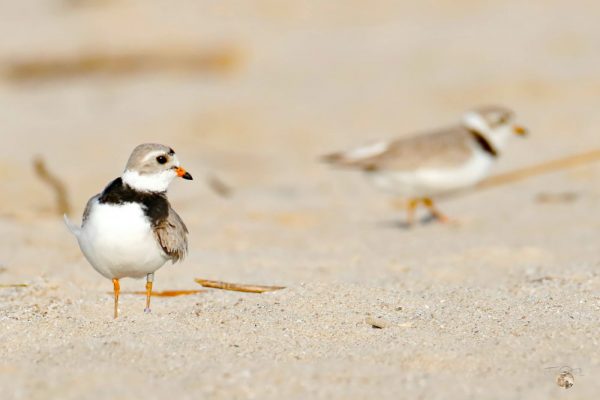 OREGON – A pair of piping plovers are nesting at Maumee Bay State Park in Lucas County, according to the Ohio Department of Natural Resources (ODNR). This is an exciting development for a species that is listed as federally and state endangered and has not had a documented nest in Ohio in at least 80 years.

The birds have constructed a nest on the park’s inland lake beach. While the birds work on raising the next generation of piping plovers, a portion of the beach will remain closed to protect this federally endangered bird. Visitors are reminded to give the birds plenty of space. It is illegal to harass or harm the birds, eggs, or nest of a migratory bird.

It takes a village of conservation partners and volunteers to ensure the success of the piping plovers. An instrumental partner in this effort is Black Swamp Bird Observatory, which is coordinating volunteer monitors to work two-hour shifts to help protect the plovers and educate the public. Those interested in volunteering can sign up at maumeebaypipingplovers.org. 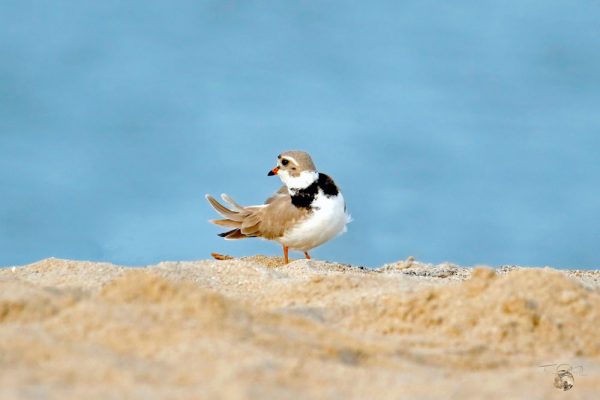 The piping plover is a migratory bird that is native to Ohio. It is a small, stocky shorebird with sand-colored feathers and orange legs. The Great Lakes population of this species was listed as federally endangered in 1986. This listing means the species is in danger of going extinct without further protection.

Piping plovers use open, sandy beaches for nesting. Much of this habitat has been lost to development. Plovers are particularly sensitive to human presence. Too much disturbance causes the parents to abandon the nest.

The Great Lakes population of piping plovers is at a perilously low level. According to the U.S. Fish and Wildlife resources, no more than 32 nests have been recorded in a single year. Most pairs nested in Michigan.