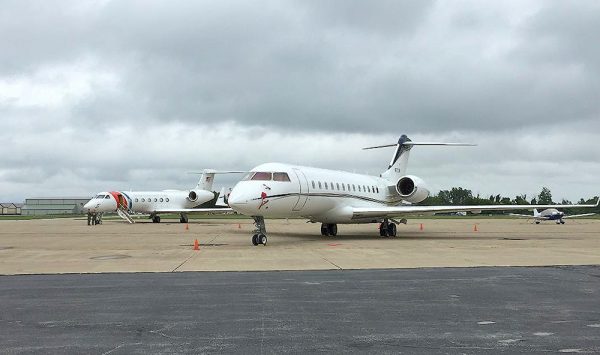 The number of corporate and private jets flying into the Erie-Ottawa International Airport has increase substantially in recent years.

The Erie-Ottawa International Airport in Port Clinton will have more room to breathe in the future, thanks to a $2.87 million federal grant that will open up more airport-owned land to corporate hangar development, encouraging private and commercial jet traffic.

“We’re excited about the grant, which will allow us to extend our taxi ways to hangar areas, and increase the size of the ramp area where we park large aircraft,” said Airport Director Stan Gephardt. “We’ve been short of room the last two or three summers when jet traffic gets heavy.

“We’ve worked hard to get the word out that we’re a capable, friendly region that has a lot to offer, from Cedar Point Amusement Park and Kalahari Resort to the great Lake Erie fishing and Sandusky Bay waterfowl hunting.”

Increasing air traffic in recent years, said Gephardt, was the construction of a customs building, which allows people traveling to Canada or overseas by air to stop at the Erie-Ottawa International Airport to clear customs.

The Federal Aviation Administration is awarding the $2.87 million to the Erie-Ottawa International Airport, and federal officials and Erie and Ottawa county commissions were to ink the pact here on Tuesday. It is part of $986 million in airport infrastructure grants, the fifth allotment of a total of $3.19 billion in Airport Improvement Program funding for airports across the United States. A $101,079 grant will allow Kelleys Island Land Field to improve airport drainage.