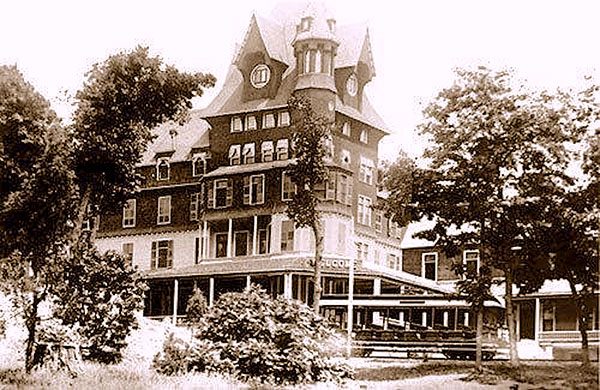 The Hotel Victory was once declared the largest hotel in the world. When it went up in flames 30 years after its cornerstone was laid at Put-in-Bay in September 1889, it would never be rebuilt. But on Wednesday, Aug. 14, the magnificent structure will be celebrated exactly where the meager remains of the grand hotel rest in South Bass Island State Park.

To mark the passing of the legendary hotel, a casual picnic on the cliffs of the park will be hosted by the Lake Erie Islands Nature and Wildlife Center, South Bass Island State Park and a variety of local businesses from noon to 6 p.m. “Rekindling Victory: A Historic Collection,” will feature yard games, toys and local artists.

To make sure visitors are in the mood to celebrate that fateful night a century ago, everyone is invited to dress in period costumes of the 1919 era. Snacks and wine will be available for purchase.

The cause of the fire, which history reports began in a cupola and quickly spread throughout the third floor, remains a mystery. Little remains of the Hotel Victory, despite its enormous size, which included a large concrete swimming pool and “Winged Victory” bronze statue.

The Hotel Victory lured people from all around the United States and the world to come to South Bass Island. Designed by E.O. Fallis, the enormous structure was built by The Feick Construction Company of Sandusky. The main building was rectangular-shaped, and contained 625 guest rooms, 80 of them suites with a bath. There were three elevators, bell boy stations on every floor, steam heating and incandescent lamps.

The Hotel Victory had a grand lobby, a 100-foot long main dining room and could serve 1,200 guests at a time. A century later, snacks and a hoisted glass or two of wine will mark the occasion.