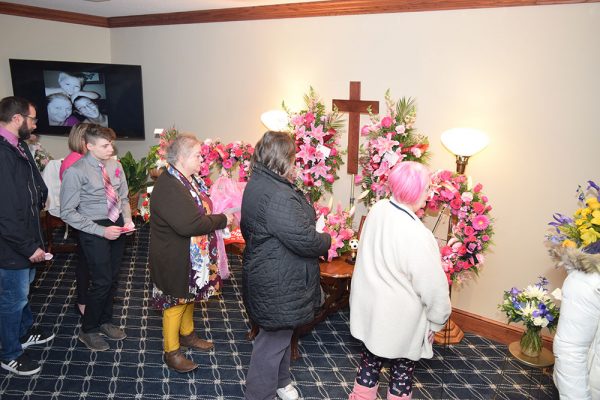 The Gerner-Wolf-Walker Funeral Home in Port Clinton was crowded with Harley Dilly’s family, friends, classmates and members of the community for a memorial service on Saturday. (Photo by D’Arcy Egan)

On a dreary, overcast Saturday in Port Clinton, hundred of members of the local community gathered to remember young Harley Dilly at Gerner-Wolf-Walker Funeral Home.

Harley, 14, had disappeared on Friday, Dec. 20 while walking to school. He became the focal point of a search in Port Clinton and Ottawa County, and the subject of a nationwide alert. The Port Clinton High School freshman had many friends, but none could explain his disappearance.

Chief Rob Hickman and the Port Clinton Police Department were in a quandary, with an absence of leads and no explanation for Harley’s disappearance. 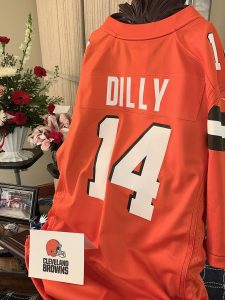 The Cleveland Browns created a special football jersey for Harley Dilly’s family in memory of the 14-year-old, who died in a tragic accident. The youngster was an avid fan of the Cleveland Browns and football, according to his family. (Photo by Kathy Jo Schweitzer)

Hickman brought in local and state law enforcement and national missing children experts. Hickman’s officers and community volunteers, as well as county and federal officers, intensely searched the immediate neighborhod, as well as the city and county. The disappearance exploded on social media.

Many held vigils and contributed to a reward for finding Harley, a fund that grew to almost $20,000.

Tragically, more than three weeks after his disappearance, Harley was discovered trapped in the chimney of a home under renovation in the youngster’s neighborhood on the East Side of Port Clinton. Ottawa County Coroner Dr. Dan Cadigan ruled the death an accident, caused by compressive asphyxia. No one will ever know why Harley chose to climb a ladder-like antenna stand to the roof in order to get into the house, which was tightly locked up.

His parents, Marcus and Heather Dilly, said their son was a freshman at Port Clinton High School who had many friends and was a fan of many sports, especially the Cleveland Browns football team. Harley was an avid gamer, enjoyed robotics, making YouTube videos, and singing.

In his obituary, his parents noted that “(Harley) always felt like he was the underdog, and as a result, had a very giving heart and became very brave.”

They said Harley would often drop pennies while walking around Port Clinton, hoping others would find his “pennies from heaven” as a blessing.

In addition to his parents, he is survived by sister Ashlyn Dilly; brother Roary Dilly; maternal grandparents Robert and Carolee Styndl; and paternal grandmother Mary Dilly.

Under Chief Hickman’s guidance, some of the reward fund for Harley helped to pay for his memorial. A fund to establish a scholarship in Harley Dilly’s name as a remembrance can be found at: paypal.me/heartsforharley. Condolences can also be shared at walkerfuneralhomes.com.

The Cleveland Browns remembered Harley Dilly by presenting his family with a signed Cleveland Browns football jersey with the youngster’s name on the back and the number “14,” which is Harley’s age.

“Thanks for being with us today,” the Dilly family said in a statement on Saturday about the outpouring of condolences from the community. “Your kindness is deeply appreciated and will always be remembered.” 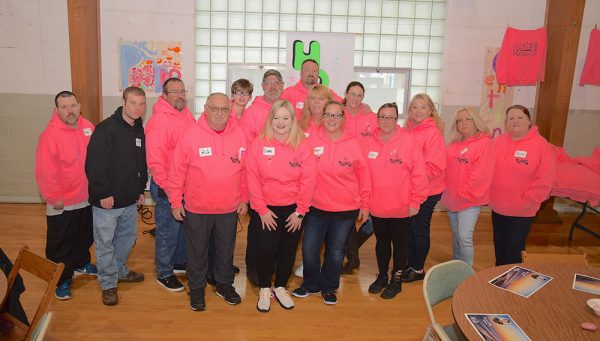 A large group called Harley’s Project 236 was formed in Port Clinton to raise money to provide a reward for finding 14-year-old Harley Dilly. When the young student was discovered to have died in a chimney accident, a Fisherman’s Wharf group hosted a memorial luncheon on Saturday at St. John Lutheran Church in Port Clinton.