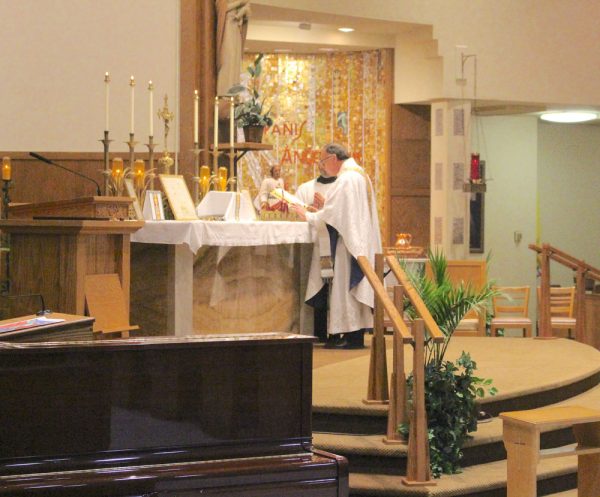 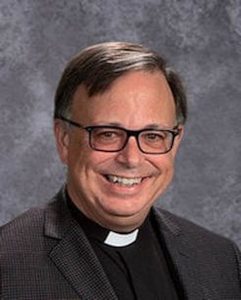 Immaculate Conception Church celebrated the 35th anniversary of the ordination of Father Jonathan Wight on Monday June, 7. The celebration began with a Mass said by Father Jon in the Extraordinary Form, meaning a Mass said in traditional Latin.

Father Jonathan was ordained in 1986 at Immaculate Conception Church and served as associate pastor at St. Peter’s Mansfield, and then went to St. Paul’s in Norwalk. In both places he taught in their high schools full time.

He then became the associate at Christ the King in Toledo. While at Christ the King, he taught at St. Francis de Sales High School part-time for 14 years. He then traveled to become pastor at St. Hyacinth’s, Toledo and All Saints in Rossford.