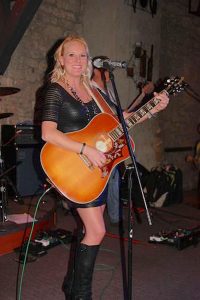 Popular island musician Allie Market will get together with The Rockers to close the big Put-in-Bay Music Festival on Saturday, June 6 that will celebrate women musicians at International Peace Memorial.

To highlight the 100th Anniversary of the 19th Amendment giving women the right to vote, the 4th annual Put-in-Bay Music Festival on Saturday, June 6 at Perry’s Victory and International Peace Memorial will feature all-female, and female-led bands, an exceptional cross section of musical Americana.

The best is yet to come. The festival will conclude with Put-in-Bay’s own amazing island singer, Allie Market, who will reunite with her band, The Rockers, to bring it all home.

“We have another great line-up of musical talent for this year’s music festival at Perry’s Victory,” said Supt. Barbara Rowles. “We are again collaborating with our partners to make this an event that is fun for the entire family.”

The National Park will open the festival grounds in the park’s Peace Garden at 11 a.m. The music will begin at noon. The food provider for the 2020 festival will be the Boathouse. 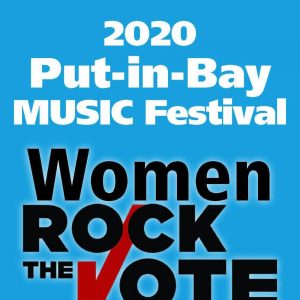 The Lake Erie Islands Historical Society will operate the festival’s Beverage Tent again this year with the bulk of the proceeds benefiting the non-profit historical society museum. Personal coolers are not allowed on park property during the event.

The 2020 Put-in-Bay Music Festival will include a Guitar Hero tent, a craft area where kids can make a variety of musical instruments, a music workshop tent where all ages can learn how to play the ukulele, and several areas where anyone can play the Battle of Lake Erie corn toss, giant Jenga and other games.

Miller Boat Line has sponsored the Put in Bay Music festival since its inception in 2017. Go to the Miller Ferry website, millerferry.com, to check out it 2020 schedule to start planning a visit. Information about Put-in-Bay, including lodging, dining and live entertainment can be found at the Put-in-Bay Chamber of Commerce website, visitputinbay.com.

The park encourages festival goers to bring lawn chairs and blankets. Limited seating will be provided but there are tables and chairs inside the Beverage Tent as well as surrounding the tent.

Many who attended the 2019 Put-in-Bay Music Festival said they planned a weekend visit so they could also enjoy the many entertainment venues in Put-in-Bay’s Downtown District.

Perry’s Victory has a long standing tradition of promoting peace through music and has hosted many musical events, including both the Toledo and Central Ohio symphonies, the Twilight Concert Series in conjunction with the Put-in-Bay Arts Council, and drumming, dance and other workshops for park visitors.

The Put-in-Bay Music Festival is free, as are all programs at the park. Food, beverages, souvenirs and other amenities require a fee.

Perry’s Victory and International Peace Memorial opened to the public on June 13, 1915. The 352-foot tall memorial column is the world’s largest Greek Doric Column and is made of pink Milford Massachusetts granite. It is the only peace memorial in the National Park System and represents more than 200 years of peace between Great Britain and our northern neighbors, Canada.

The 25-acre park is located just five miles from the US-Canadian border. The National Park’s grounds and its Visitor Center opens Saturday, May 16. Hours are 10 a.m. to 6 pm daily through Sept. 13.