Fifth graders and conservation a traditional match in Ottawa County 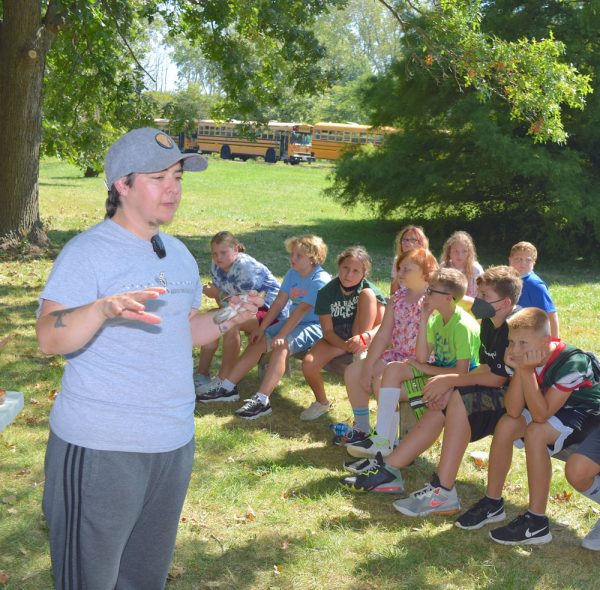 Explaining the migration patterns of birds visiting the Magee Marsh Wildlife Area, Asher “Ash” Gorbet of the Black Swamp Bird Observatory shows off a thrush that began its journey in Canada and will head for Central America for the winter. (Photos by D’Arcy Patrick Egan)

Becoming stewards of the environment is an Ottawa County tradition, and it is solidified in the fifth grade, thanks to a long list of concerned groups guided by the Ottawa Soil and Water Conservation District (OSWCD).

For 59 years, the OSWCD has been hosting its Conservation Field Days, a two-day adventure for fifth graders from schools around the area. It is an up close and personal look at the the wild world around us in Ottawa County.

My wife, Laura, grew up on the Marblehead Peninsula and fondly remembers attending Conservation Field Days many decades ago. It was a unique introduction to aspects of an environment centered on the amazing natural resources of the area, from the bounty of Lake Erie to the plentiful wildlife and despite the centuries of disappearing wetlands.

“The main Conservation Field Days concepts we teach the fifth graders are conservation and natural resources,” said Environmental Educator Becky Simpson of the OSWCD, based in Oak Harbor. “Conservation means to save or to use wisely. Natural resources refers to the soil, water, air, plants and animal life that exist naturally on our planet.”

For the kids, it’s a chance to muck around in a marsh, walk a sandy beach off Lake Erie, pick up some plastic litter and be introduced by outdoor experts to fish and game from a common thrush to the stately bald eagle. The fifth graders may enjoy the adventures, but the Conservation Field Day sponsors are eager to develop an awareness in them of the natural world. 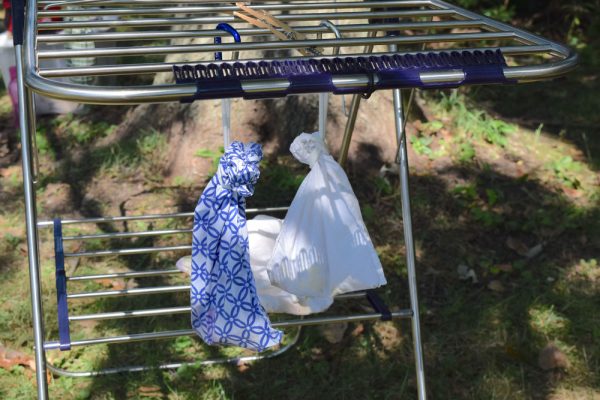 Wild birds are captured with mist nets around the area, giving biologists a clearer picture of how well they‘re faring while on their migration routes. The small birds are safely contained in soft bags before being weighed, measured and released.

Enjoying a presentation to a group of Oak Harbor students by Asher “Ash” Gorbet of the Black Swamp Bird Observatory at the Magee Marsh Wildlife Area on the shores of Lake Erie, where the BSBO headquarters is located, it was obvious that Gorbet has a love of birding and and the environment.

The BSBO volunteers had helped to safely capture birds of all kinds with mist nets, and had already banded more than 600 birds. Showing off a live thrush, Gorbet challenged the students to estimate the weight of the bird, where it was coming from and where it would soon be going.

“This bird weighs just a little more than one ounce, and it’s here to rest and feed to fuel up before continuing its flight,” said Gorbet. “It started its journey in Canada, and will soon head to Central America for the winter.”

School buses had brought the students the Magee Marsh Wildlife Area where six stations were had been created.

The first station was an introduction to wild birds, followed by area fish and life underwater. Bald eagles were featured at the next, followed by ecosystems and how they have been altered by invasive plants and animals

The students would get a better grasp of life in the marsh at another station, and focus on managing the natural resources of the area, especially soil and the effects of erosion and drainage.

Almost 30,000 Ottawa County area students and teachers have attended the Conservation Field Day since it was first held at Paul Magsig’s farm on Nissen Road in September 1962. It is a program kids growing up in urban or rural areas can appreciate and enjoy, especially in a place such as Ottawa County that has plenty of wild animals, and an appreciation for them.