Fire Station is state of the art, dazzling Danbury 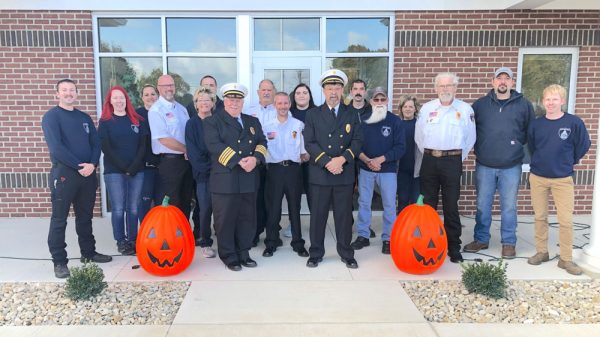 Chief Keith Kahler and his fire crews and EMTs lined up in front of the brand new Danbury Township Fire Station at 7870 E. Harbor Road on Saturday, Oct. 15 at 10 a.m. They were joined by a wealth of township officials and residents as Danbury Township Trustee Dianne Rozak cut the bright ribbon to officially open the $6.2 million facility.

The curiosity about the state-of-the-art facility also lured hundreds of local residents and their kids to enjoy supervised climbs on fire-fighting equipment on Saturday, and a tour of the facilities.

Danbury Township voters approved a .75 mill levy in November 2020 to build the new fire station. The site chosen is adjacent to the intersection of State Route 163, North Shore Boulevard and Englebeck Road. 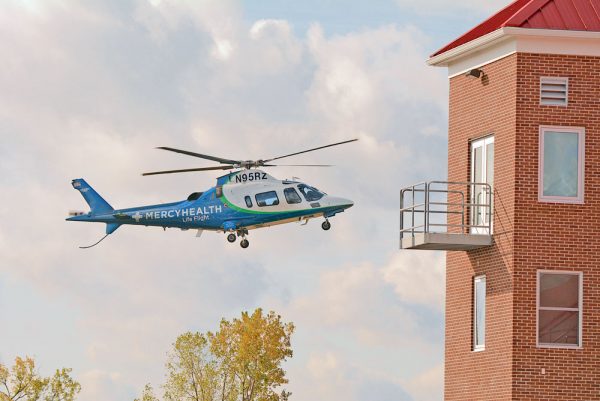 The Mercy Health Life Flight helicopter passes the Danbury Township Fire Station Tower as it takes off on Saturday morning.

The Ohio Department of Transportation also has a roundabout traffic control structure being created at that intersection. It has caused traffic problems, a reason ODOT waited until after the tourism season to begin construction and require a one-lane road and detours in the area.

The roundabout is forecast to be completed on Tuesday, Nov. 15. 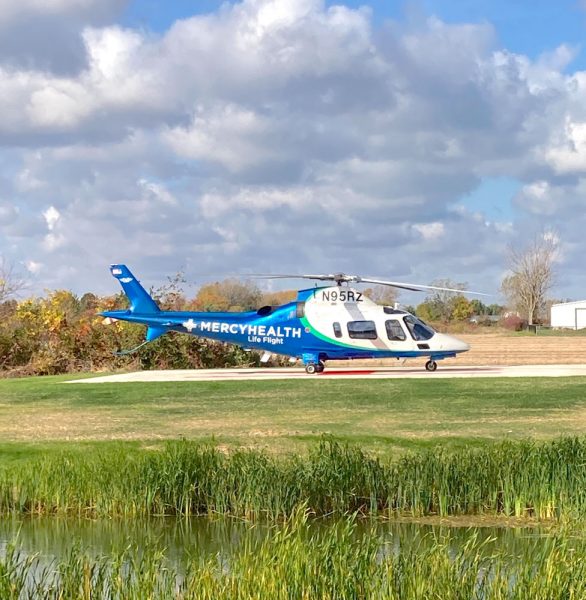 The 26,000-square-foot fire station and parking lot are on a 7-acre field, allowing community meetings and other social events. Firemen will also have user-friendly overnight accommodations for its fire crews.

“Before this new station was completed, firemen didn’t have a lot of space for the comforts of a break room, exercise room, meeting rooms and work space,” said Chief Kahler. “Before our move here recently, firemen were staying in four to 12-foot by 14-foot rooms.”

One reason more space is needed these days is that more fire trucks and equipment are now under roof, and trucks and ancillary gear has increased in size.