HURON – The Firelands Symphony Orchestra (FSO) opens its 2022-23 concert season with The Force of Destiny on Saturday, Oct. 1 at 7:30 p.m. at the newly renovated Sawmill Creek Convention Center. General admission tickets are $25 at firelandssymphony.com/tickets or by calling the FSO office at 419-621-4800 (Monday-Thursday, 9 a.m. to 5 p.m.). Season subscriptions are also available for three, four, or all five orchestra concerts this season.

Student tickets for youth are complementary, as well as for college students with a valid student I.D. at the time of purchase. For these special ticket offers, call the FSO office or claim tickets at the door on the day of the event. 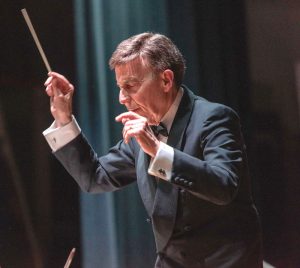 Carl Topilow, music director and conductor, opens the first concert of FSO’s 2022-23 season with Giuseppe Verdi’s overture to La Forza del Destino (“The Force of Destiny”). A favorite standard among orchestras worldwide, it is known for its sweeping and powerful melodies.

The concert season theme this year is “Looking to the Future” and will highlight young artists throughout the Firelands and beyond. This concert will feature solo performances by gifted young members of the Firelands Symphony Orchestra. Victor Beyens will perform Maurice Ravel’s Tzigane on violin, Kim Zaleski will perform Cecil Chaminade’s Concertino for Flute and Orchestra on flute, and Loren Toplitz will perform John Williams’ Born on the Fourth of July on trumpet.

The evening of music will conclude with one of the most influential pieces of music ever composed – Symphony No. 5 by Ludwig van Beethoven. Written between 1804 and 1808, it is one of the best-known compositions in classical music and one of the most frequently played symphonies. It also has one of the most iconic opening four notes in the history of music.

This will mark the first time the FSO has performed at Sawmill Creek Resort. While the renovation of The Sandusky State Theatre is underway, Sawmill Creek will now serve as the temporary home for the FSO.

“The facility is absolutely stunning and so welcoming. We are ecstatic to be bringing our orchestra to this newly renovated, local venue and continue to share music with our Firelands region,” said FSO board president Nike Mendenhall.

Sawmill Creek Resort is located at 400 Sawmill Creek Dr. W., Huron. When entering the site, attendees should follow signage for the conference center parking and entrance. 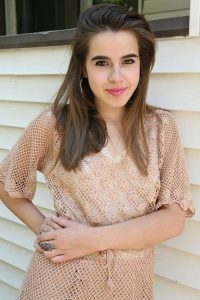 One of Northeast Ohio’s most versatile violinists, Victor Beyens is currently the concertmaster of the Mansfield Symphony, as well as assistant concertmaster of the Firelands Symphony and assistant principal second of the Cleveland Pops Orchestra. Beyens is an active member and musical/pops arranger for Opus 216, an eclectic group of musicians who perform a variety of repertoire and genres in the Cleveland area. He also performs many house concerts and private events with M.U.S.i.C. (Musical Upcoming Stars in the Classics), with which he also serves as a board member.

Beyens has recently performed a variety of concerti as a soloist with the Mansfield Symphony, Chagrin Falls studio orchestra, National Repertory Orchestra, and the Cleveland Institute of Music Orchestra. He has also performed in the violin sections of the Phoenix Symphony, The Cleveland Orchestra, Erie Philharmonic, and several others. While finishing school, he served as concertmaster (as well as principal second) of the National Repertory Orchestra and of the Cleveland Institute of Music orchestra. Victor has worked with Cleveland based new music ensemble Ars Futura to perform and record music by contemporary composers.

A native of Garrison, N.Y., flutist Kimberly Zaleski has dedicated her career to performing, composing and teaching music. An active promoter of chamber music, she is the co-founder and flutist in the flute, cello, and percussion trio, 1N2ATIV3 and is a Performing Artist on the roster of the Center for Arts-Inspired Learning Agency. 1N2ATIV3 is known for their engaging performances of original compositions. She is also a member of the North Coast Winds, Cleveland’s Premier Woodwind Quintet.

Zaleski is the Principal Flutist of the Firelands Symphony Orchestra and Second Flutist with the City Music Cleveland Chamber Orchestra and has performed with The Cleveland Pops Orchestra, Akron Symphony, Toledo Symphony, Erie Philharmonic, New World Symphony and Canton Symphony. 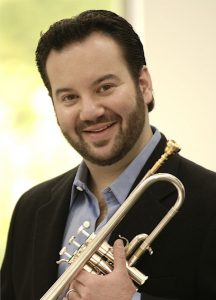 Zaleski was a finalist of both Astral Artists Musical Agency and Carnegie Hall’s Ensemble ACJW Program at The Juilliard School. She holds the distinction of being the first piccoloist on the nationally broadcast radio show, “From the Top.”

Since 2006, Toplitz has served as 2nd Trumpet of the Lancaster Festival Orchestra, and in 2018 served as the Festival’s Principal Trumpeter. In addition, he performs regularly with the Cleveland Pops Orchestra.

He has played with numerous orchestras throughout the country including The Cleveland Orchestra, The Miami Ballet, Columbus Symphony, Buffalo Philharmonic, Canton Symphony, Erie Philharmonic, Chautauqua Symphony, and the New World Symphony. Additionally, he has performed in Carnegie Hall as Principal Trumpet of the New York String Orchestra.