First responders put on a show at Oak Harbor Club 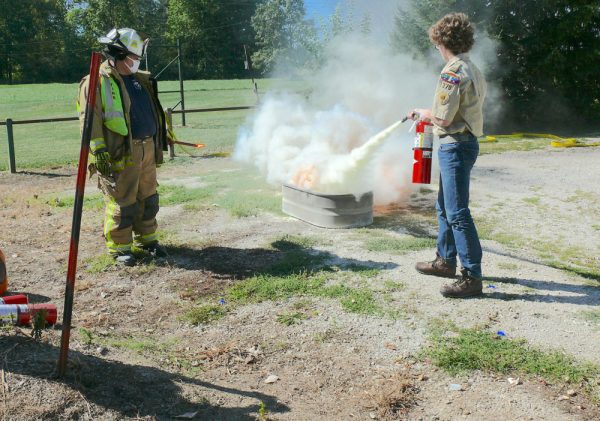 The Portage Fire District in Oak Harbor hosted demonstrations on extracting injured after a vehicle crash with the Jaws of Life, and the proper use of fire extinguishers.

The Oak Harbor Conservation Club entertained a crowd of visitors for chicken dinners and a kids’ fishing derby recently at its Oak Harbor grounds. Most importantly, there were a wealth of safety presentations from a long list of first responders from around Ottawa County.

Mid-County EMS demonstrated CPR and explained its importance in providing emergency medical services for the community despite multiple calls. The Portage Fire District demonstrated vehicle extrication with the Jaws of Life and the proper use of fire extinguishers.

The Oak Harbor Conservation Club has a limited number of new memberships available, said Dorbusch. Sportsmen who join now can receive two months of free membership, and enjoy two indoor and one outdoor firearms ranges at the club’s Gordon Road grounds in Oak Harbor, and its 400-acre hunting preserve in Carroll Township.