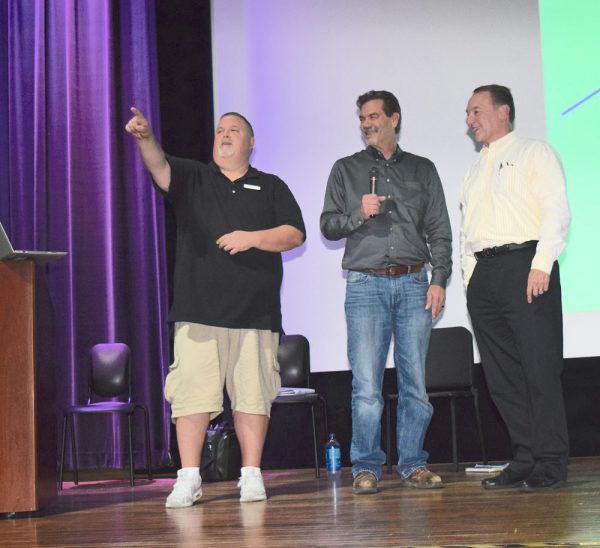 Port Clinton Mayor Mike Snider and City Council may never have such an opportunity again to help cure what ails this little city on the Lake Erie shoreline.

With its infrastructure in tatters, the starting point to fix the worst of the neglect has begun. To get the ball really rolling, city officials are urging voters to approve the Forward Looking Infrastructure Project (FLIP) on the Nov. 2 ballot, which will combine tax revenue with state and federal grants and loans.

City officials and businesses have already put a plan in motion to attract visitors and new residents, passing the MORA open carry law two years ago that has made the downtown area welcoming. It has been dazzling visitors far and wide this year with a downtown sound stage, a fresh, vibrant music scene, new restaurants and upscale retail shops.

Madison and Jefferson streets have already been widened and paved the last couple of years after water and storm sewer lines had been replaced, helping to foil flooding in this high-water area on the Portage River and Lake Erie.

Downtown buildings are being dressed up, their bones improved, becoming attractive locations for new retailers. One street-front shop now has a two-bedroom upstairs suite that is a popular Airbnb rental.

Improving the tax base have been new homes and condos, many of them summer homes. More than 31% of the real estate tax bills on Port Clinton homes and condos are sent out of town to their owners’ primary residences.

The city fathers held a public hearing on Thursday, Oct. 14 at the Port Clinton High Schools’ Performing Arts Center. It was more of a rally to round up support for FLIP, and outlining the need to finally tackle the infrastructure and image of an old manufacturing town that no longer exists.

A meager 49 people took the time come and listen at the FLIP public hearing.

The FLIP ballot issue is only the beginning of $130 million in infrastructure improvements needed in the coming decades, but voters must embrace the plan now, at a time when an alphabet soup of grants and inexpensive government loans are available as the country recovers from the horrors of the Covid-19 pandemic and countrywide infrastructure neglect.

Mayor Snider had a family tale centered around his father, James “Snip” Snider, the Ottawa County Auditor for a couple of decades, to explain how the little city got into this situation.“Snip” Snider was showing his son, Mike, where he grew up on Fourth Street in Port Clinton. “Snip” was nine years old in 1954, when the tracks for the interurban railway system were removed from Fourth Street.

“Nothing has been done to repair the Fourth Street infrastructure since that time,” said Mayor Snider.

Almost 70 years later, the Fourth Street reconstruction project is now estimated to cost $1,896,000. Because it is in such decrepit shape, though, it is considered a “priority” need for Port Clinton. That designation qualifies Fourth Street for major funding from the Ohio Public Works Commission.

“Because much of Port Clinton is now shovel ready for infrastructure improvements, we’re also ready to apply for more grants and loans that are becoming available every day,” said Mayor Snider.