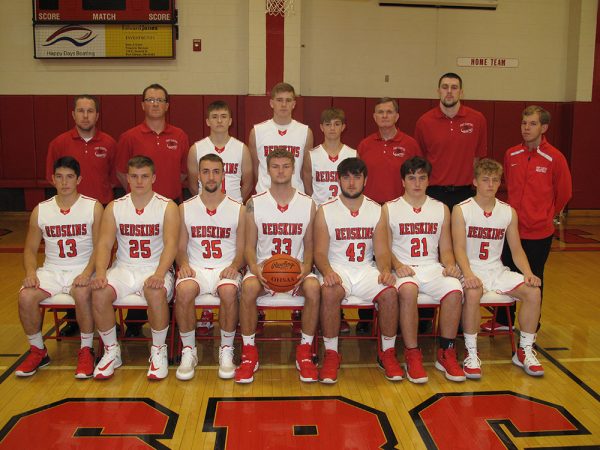 Forecast: It’s been rough sledding for Port Clinton lately as the Redskins have gone 7-62 in the last three years.

The new coach is rookie Ryan Hicks, a former all-Ohioan who was on the team that nearly won a Division II state championship 10 years ago. Most recently, he was an assistant at Port Clinton for three years under Von Graffin.

“It’s going to be a collective effort (scoring points). I don’t think we’ll have any guys that run away with our scoring lead. I think it will change on a nightly basis,” said Hicks. “Pretty much everyone who starts has their role designated. Both of our wings can score with the ball. Cooper Stine can get there without having many plays called for him. It will depend on who we play and the matchups.”

So far, there’s been some trial and error when it comes to how Port Clinton has played in the scrimmages.

“We’re rolling out some unexpected lineups. We’re happy with the players’ commitment to the program.

“Our goal is to improve and practice better than our opponents. We can’t take any days off.”

“Lucas Kyle looks like he tore a couple of ligaments in his knee, (and) that’s kind of up in the air,” said Hicks. “Connor should be out 8-12 weeks and Tyler’s status is up in the air.”

Hicks thinks that Willard, who shared the Sandusky Bay Conference Bay Division title with Vermilion last season, and Oak Harbor will compete for the conference title. Vermilion has been moved up to the Lake Division, which is home to the biggest schools in the SBC. Following Willard and Oak Harbor, the media selected Margaretta to finish third,followed by Huron, Edison and Port Clinton.

“Our league has good depth. I don’t think there are any bad teams in the league. We can’t take any of our opponents for granted. This year, we have to be the hunter, not the hunted.”

Hicks was the JV coach for the past three years and talked about what he learned.

“I learned a ton from (Graffin), who had the kind of success he’s had. I learned how to handle a practice, and understand there’s more to coaching than just wins and losses. He was big for me. If it wasn’t for him, I wouldn’t be here,” said Hicks. “He gave me a lot of freedom to do things at the JV level. He helped me out more than I could put into words.”