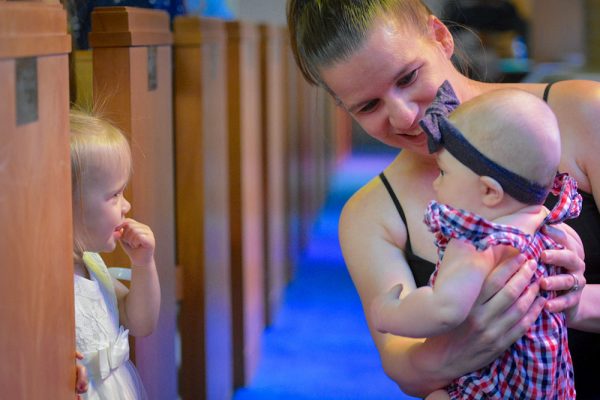 Two young contestants greet each other while they wait to compete in Saturday’s Firecracker Cutie Contest. 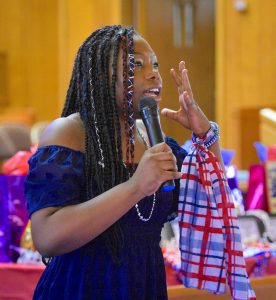 When Luke and Sarah Thoene moved from California to Ohio, their daughter, Ruthie Thoene, now 7, was nervous about the transition. They decided to enter Ruthie into a pageant in Castalia last summer, and she thrived in the friendly atmosphere, winning top honors.

Ruthie’s charm was recognized once again when she was named second runner-up in the age four-to-nine category in the 2022 Firecracker Cutie Contest at Trinity United Methodist Church on Saturday.

“She was getting kind of nervous about coming to a new city with new people, and this has really helped her self-esteem,” Sarah said.

Ruthie was one of 43 contestants who competed on Saturday, making this year’s Firecracker Cutie Contest the biggest it has ever been.

“The turnout is amazing,” said Mayor Mike Snider. “People want to get out and do something, and this is a fun, family-friendly event. People want to celebrate and show off their cuties.” 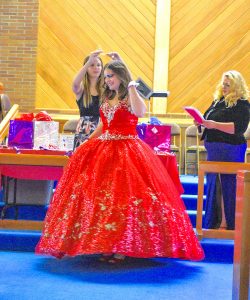 Contestants came from as far away as Cincinnati and ranged in age from four months to 52 years.

“This year, we really wanted to include other communities,” said Pageant Director Heather Renee Schenek. “I’m the first director to open it to all genders, all ages and all cities.”

Regardless of who they are or where they come from, winners are required to have a friendly personality.

“I always tell my contestants the crown means nothing without a good attitude,” Schenek said. “We want a queen with a good heart.”

“Meghan talked me into it. She said she’d do it if I did it,” Brian said. 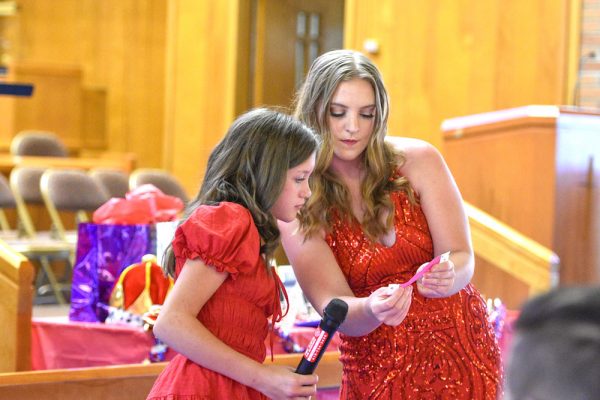 Eliza Linehan of Port Clinton, 12, on left, reads a question with contest host Shelby Leigh during the question-and-answer portion of the competition. Linehan was first runner-up in the Miss category.

All of the proceeds from the Firecracker Cutie Contest help fund Port Clinton’s fireworks display. Stephanie Jess, a Port Clinton native who now lives in Fremont, attended the contest with her daughters, Lucy Jess, 8, and Audrey Jess, 23 months. Adding to the fireworks fund was another good reason to support the event.

“Lucy was Mini Grand Supreme winner in 2016. I think it was good for her outgoingness. She has a very outgoing personality, so this suits her well,” Stephanie said. “Plus, the money goes to the fireworks. I like that.”