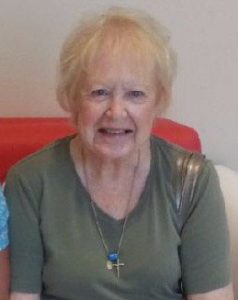 Freada Kathleen “Kathy” Ryan, of Port Clinton, passed away June 9. She was born March 19, 1931, in Hicksville, the daughter of Arden and Vivian (Longberry) Coon. She married Lewis Ryan on January 24, 1979, and he preceded her in death on August 27, 1997. Kathy was the purchasing agent for Parkview Hospital in Toledo, and previously worked as an Environmental Specialist at Incirlik Air Station in Turkey. She was a member of Immaculate Conception Catholic Church, Port Clinton.