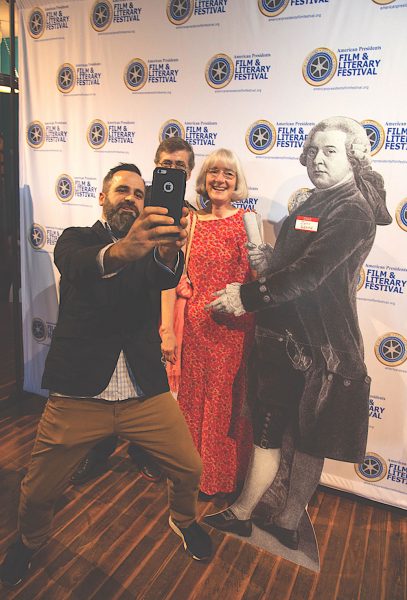 Theatre fans can walk the Red Carpet at the American Presidents Film & Literary Festival in Fremont.

A woman down on her luck and in a dead-end job joins with her group of unusual friends, steals President James Buchanan’s body and tries to ransom it for a nice windfall. But no one really cares about Buchanan or is very interested in getting him back, leaving her with a dead body and a big problem.

This is the premise of “Raising Buchanan,” a fictional feature film that will be shown during the American Presidents Film & Literary Festival, which is Thursday, Oct. 3 through Sunday, Oct. 6, at various locations in Fremont.

The festival includes a variety of films from multiple genres. A collection of short films range from a “people’s view” of the Robert Kennedy’s funeral train to a quirky look at President Richard Nixon interacting with Vietnam war protestors. One of the most anticipated films is a documentary on Mikhail Gorbachev. This film takes viewers back, through a number of interviews conducted by Werner Herzog, through the rise of Gorbachev in the USSR to the fall of his empire.

“In this second annual film and literary festival, we are incredibly excited by the quality of films our festival attracted,” said Dustin McLochlin, chairman of the festival’s film selection committee. “Whether you are a film buff or have an interest in presidential history, this festival is a must see.”

Tickets are available at americanpresidentsfilmfestival.org. All-access passes and two-day film passes are available. Tickets also will be sold at the door the days of the festival for cash only and subject to availability.

The filmmaker of “Raising Buchanan” and the creators of several other films being shown at the festival are planning to attend.

In addition to the films, film festival attendees can walk the red carpet and enjoy a wine tasting and dinner while keynote speaker Adrian Miller, author of The President’s Kitchen Cabinet: The Story of the African Americans Who Have Fed Our First Families, from the Washingtons to the Obamas” on Saturday, Oct. 5, at The Strand Concert Theater in downtown Fremont.

Miller will share fascinating stories of the White House cooks, stewards, butlers and other staff and their relationships with the First Families. His book gives an inside look at life in the White House and the people who kept it running smoothly. Miller’s talk is sponsored by Birchard Public Library.