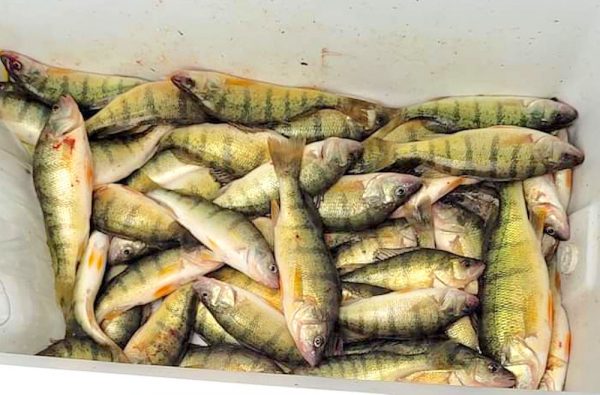 We all struggled with plenty of high winds this week, which made the Lake Erie fishing quite tough. Saturday came through for the yellow perch, though, just in time to round up some Friday night fish fries for family, friends and neighbors.

Fish cleaning services are sporting a very nice grade of yellow perch are being caught, with some limits coming in, as well. The G Can and D Can areas off Camp Perry and Port Clinton are still producing fish around the Lake Erie Firing Range.

I have received some good perch reports a little closer to home. Kelleys Island off the loading docks and the waters off the Marblehead Lighthouse have been good, and those perch fishermen who are sorting are still getting a nice grade. With the north winds, which are bringing cooler days and nights, the water temperatures are starting to drop. This will encourage the big schools of walleye to migrate back towards our west end of Lake Erie.

Casters have had a great fishing season this year. They have been able to stay consistently successful as they fish the reefs and they target the shallow waters. As of late, the best casting for walleye has caused fishermen to head north into Canadian waters around Mill Point and the Hen and Chick islands. Ohio waters suitable for drift-and-cast walleye fishing have been Gull Island Shoal and Kelleys Island Shoal.

Now that we are getting later in the season the shore bite will be firing up soon. Smithwick P10s, Husky Jerks (HJ12) and (HJ14) and shallow Bandit lures — all diving plugs — are all traditional favorites trolling, as well as casting from the piers and break walls after dark.