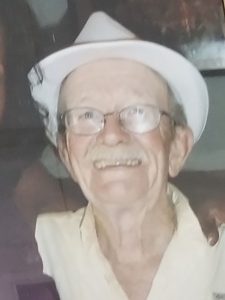 Gary L. Wallace (Jerry), 79, of Port Clinton, passed away on Thursday, June 25, at his residence. He was born on October 22, 1940 in Lakeview, the son of the late Robert and Lois (Buffenbarger) Wallace.

He was a 1958 graduate of Waynesfield High School. He became a Professional Thoroughbred jockey and raced from 1960-1968, winner of 375+ races, Midwest (Ohio-Kentucky), South, (Hot Springs, Arkansas), Northeast (New York, Delaware, Maryland, New Jersey), Canada and Southern California; where in 1968 he taught the Family the magic of the Wham-O Frisbee.

He was heavily involved in the United Auto Workers (UAW), Chrysler Plant Lima as a Millwright and Skilled Trades Committeeman, supporting M1 Abrams Tank production and UAW Brothers. Early career positions included Cabinet Maker in Cincinnati and a Union Carpenter at the Standard Oil of Ohio (SOHIO) Refinery in Lima.

An avid outdoorsman as a result of growing up at Indian Lake, as a child, he loved boating, fishing, hunting and sport shooting. During retirement he wintered in Ft. Myers Beach, Fla., as well as boating and fishing on Lake Erie, owning several boats. He held several key Leadership positions at the Nugent Canal Yacht Club (NCYC) including Commodore. Jerry was also a lifelong member of the Elks, Port Clinton Eagles & VFW, Fort Myers Beach Moose & American Legion, and was a 32 degree Mason; He enjoyed sports, and was a lifelong Ohio State Buckeyes, Cincinnati Bengals and Cincinnati Reds fan. Jerry was also a motorcycle enthusiast and N Gauge Train hobbyist. He loved to “tinker” out in the garage and could fix just about anything mechanical with whatever materials he had on hand.

Due to Covid-19, private family services will be conducted. Please share memories or condolences with Jerry’s family at www.walkerfuneralhomes.com. Memorial Donations in honor of Jerry may be directed to the Ottawa County Humane Society, 2424 Sand Rd, Port Clinton, Ohio 43452. Gerner-Wolf-Walker Funeral Home and Crematory, 216 Washington Street, Port Clinton, assisted the family with arrangements.