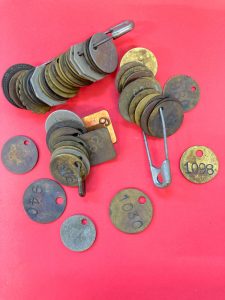 The event will celebrate the 100th anniversary of establishing Gem Beach as one of Catawba Island’s premier lakeside communities and recreation venues.

Members of the Gem Beach Marina, Gem Beach Lot Owners Association and linked neighborhoods are invited to attend the event between 4 p.m. and 7 p.m. A newly-expanded museum exhibit about the historic east island beach attractions like the dance hall, roller skating rink and penny arcade will be unveiled.

Food and beverages will be available for purchase from the Bistro 163 and Twin Oast Brewery catering trucks.

“The Historical Society’s principal mission is the preservation of Catawba’s heritage,” said Kathie Holbrook, Vice President of the CIHS Board of Trustees. “The process often begins with recalling unique aspects of individual Island communities.

“Gem Beach, its predecessors and successors have earned a special spot in the hearts of anyone who visited them during their heyday. We expect to see a lot of smiles at our Friday night event.”

The bathhouse tokens were donated to CIHS by area resident Flint Heidlebaugh. He got them from his friend, John Hamilton, a metal detector who collected them over several years from the waters off Gem Beach.

Decades ago, beachgoers would leave their clothes in numbered storage baskets while renting bathing suits. They were given metal tags with corresponding numbers to reclaim their belongings. Apparently, many of the tags were lost in the lake. How swimmers were then able to have their clothing returned must have posed an interesting dilemma.

“These and other interesting facts about how Gem Beach has provided summer fun to thousands of Catawba visitors exemplify Union Chapel Museum’s commitment to maintaining a path between past and present,” concluded Holbrook. “We are pleased to play a role in helping to celebrate their centennial anniversary.”