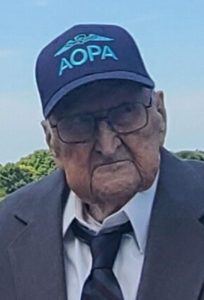 He was a United States Army Air Corps veteran serving in World War II. He served with the 8th Air Force, 524th bomb squad, 379th (Grand Slam) bomb group. His primary duty while stationed in Kimbolton was servicing and loading of B-17 Flying Frotress. George worked at Erie Army Depot until he transferred to Newark Airforce Base retiring in 1974. After retirement he worked for Cedar Point and was a punter at Winous Point Shooting Club in Port Clinton. He was a member of Immaculate Conception Catholic Church, Port Clinton and the Aircraft Owners Pilot’s Association. He previously was a member of the Knights of Columbus. He was an avid fisherman, hunter and trapper.