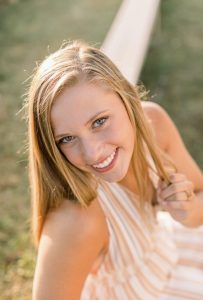 Heilmann is involved in numerous school activities as the Media Officer for National Honor Society; President of Future Teachers of America; Freshman Mentor; and a member of Leadership Council and Future Professionals in Medicine.

The athletic young lady also plays varsity volleyball, basketball and track. Heilmann was a team captain for both volleyball and basketball and won the Redskin Leadership Award in volleyball. She received the Hugh O’Brian award and has served as a 4-H Camp Counselor, as well as completing the Ottawa County Business Advisory Career Engagement Opportunities program in nursing at Edgewood Manor.

Heilmann is the daughter of Kurt and Nicole Heilmann. Next year, she plans to major in nursing at Kent State University.

Stine has been a star performer for the Port Clinton High School football team, serving as the Redskins’ first three-year captain and was a four-year varsity player. For three years in a row, Stine was named Offensive Team MVP and has numerous All-Sandusky Bay Conference Team honors. 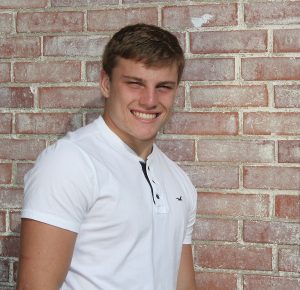 As a sophomore, junior and senior he was honored as the First Team All-SBC running back. A member of the basketball team, Stine was also a two-year member of the track team.

In addition to athletics, Cooper has excelled in classroom and has been named a Kiwanis Scholar Athlete and to the All-SBC Academic Team. Cooper has been a member of Leadership Council, National Honor Society, Freshman Mentor and is Vice President of the International Club.

Stine plans to further both his education and his football career at the college level. He is the son of Cory and Renee Stine.