Hail to the Redskins!: Supt. Adkins 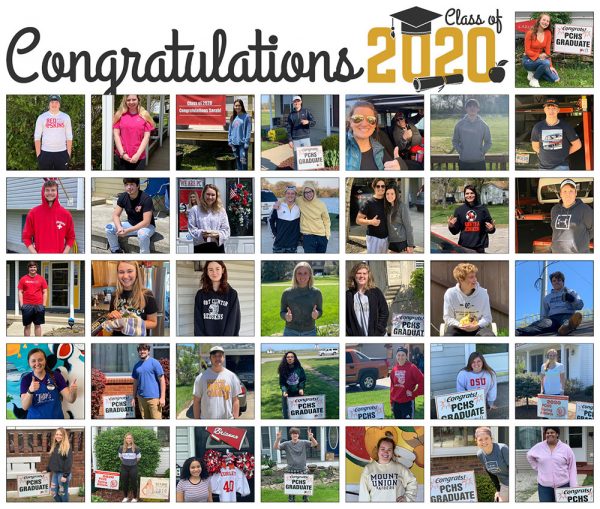 The wonderful photos spotlighting many of the seniors of the Port Clinton High School Class of 2020 were gathered by teachers Joe Miller and Becky Fork.

The culmination of four long years of study, dedication and perseverance for high school students has been the reward of having a graduation the young ladies and men will remember for the rest of their lives. Many of the Port Clinton Class of 2020 graduates will remain livelong friends, their fond memories a highlight of their experiences, no matter what transpires in the years to come.

Superintendent Patrick Adkins knows that all to well. He and his staff have worked diligently to create a cap and gown experience, despite the frustrations of school closures and many rules associated with the COVID-19 pandemic.

“The seniors at Port Clinton High School spent their whole career looking forward to their senior year experience,” said Supt. Adkins. “They’ve been anxiously awaiting the graduation ceremonies, the senior nights for the athletes, the band placing their instruments down one final time for Band Director Rod Miller.”

Supt. Adkins and his staff, teachers and coaches who have helped to nurture the Class of 2020 didn’t want the seniors to end their Port Clinton High School career this way. They have been striving to buffer the disappointment of not being afforded the graduation ceremonies, parties and fun.

The Port Clinton High School Class of 2020 had a parade around the city this week, and they’re hoping for more. Students are keeping their fingers crossed about the possibility of having a traditional commencement ceremony on Saturday, June 27 as more of Ohio opens each week, the COVID-19 pandemic seeming to flatten its curve. (Photos by Joe Miller and Becky Fork)

“We’ll try to create at least one experience that will put the students in the spotlight,” said Supt. Adkins. “We’re having a parade at noon on Wednesday, May 27 around Port Clinton, an afternoon that would have marked their last day of school.

“The community response had been so awesome, with the Port Clinton police, fire and EMT departments all joining us, as well as the Ohio Highway Patrol and the people and parents from around our city.

“Everyone will come together to recognize these kids for what they done, as well as what they will have missed.”

Supt. Adkins had met recently with the high school leadership groups to talk about their graduation, which should have taken place in May. They examined the possibility of having drive-in parking lot commencements, like some of the other high schools in the area have already done.

The students were also presented with the possibility of postponing the commencement ceremony until Saturday, June 27, hoping the situation will allow it at that time.

“The kids unanimously wanted to wait — and hope,” said Supt. Adkins. “We respected that. It was important for us to do what we could for this year’s graduates this year. It is our chance to honor, recognize and thank them.”