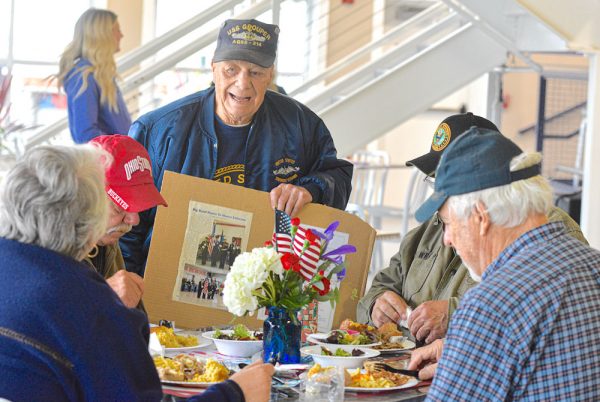 For 13 months, Terry Rahner of Marblehead fought for his country in the jungles of Vietnam. Rahner served in the Navy from 1966 to 1970 during the Vietnam War, an experience that stays with you for the rest of your life.

“It was rough, but you’re young and can adapt to it. It doesn’t really hit you, what you did, until years later,” Rahner said. “But I’d do it again because it’s the right thing to do.”

Rahner was one of dozens of military veterans who were honored at the Veterans Day Lunch at the Jet Express/Port Clinton Island Port Terminal on CFridy, Nov. 11. The event was sponsored by Crown Battery and Hal and Diane Hawk. 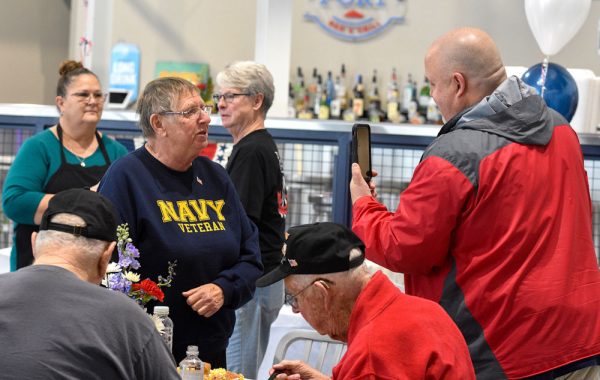 “It was a brainstorm we had at the same time,” Diane said. “We wanted to be part of taking care of our vets and giving back to them for what they sacrificed for us.”

“It was wonderful that Diane Hawk contacted the Bistro and asked us to cater the dinner,” said Bistro Board Member Mary Caracci. “We actually closed the Bistro today because it was all-hands-on-deck for the staff and volunteers.” 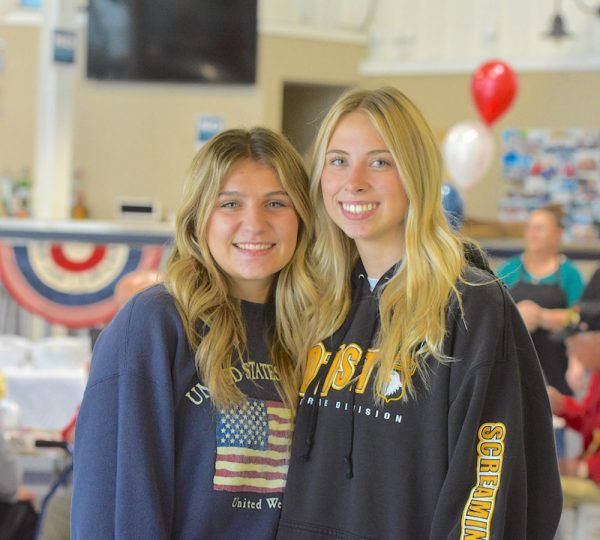 “Claudia Gillum was the chairman, and she made the flyers. Taylor Bollinger spearheaded a project to have elementary students color pictures for the veterans,” Cross said.

Caracci said Bollinger brought hundreds of pictures to the lunch.

“It made me cry when she brought them in,” she said.

Cross said the girls met with Diane to plan the lunch and helped promote it by contacting local nursing homes and hanging flyers around town. Several students greeted veterans in the rainy parking lot with umbrellas or at the door as they entered the event. 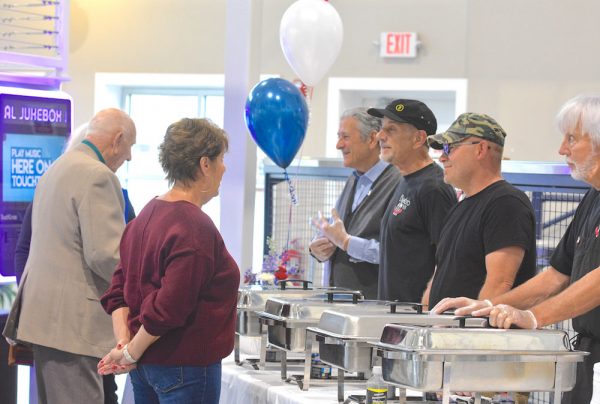 Among the veterans at the luncheon were Tuskegee Airman Harold Brown and his wife, Marsha Bordner, and Air Force veteran Wayne Duez and his wife, Ann Duez. The Duezes were anticipating a visit from their grandson, Alex Erfmann, who is on leave from the Army for the holidays.

“I haven’t seen him in three years, and he’s bringing my great-grandson, whom I’ve never seen,” Wayne said. 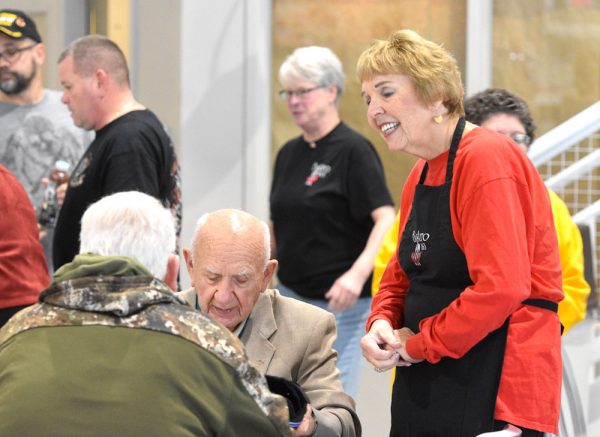 “I trained as an infantry officer and graduated third in my class, so I got to pick my branch. They asked me where I wanted to go, and I had a girlfriend in Strongsville, so I went to Cleveland,” Wagnitz said. “I was a very fortunate guy back then, and I’m still a fortunate guy.”

Wagnitz was grateful that so many people came together to host the Veterans Day Lunch.

“It’s a great honor, and I appreciate all the people working so hard to make it happen,” he said.