Hallett back to lead an inexperienced Oak Harbor boys group 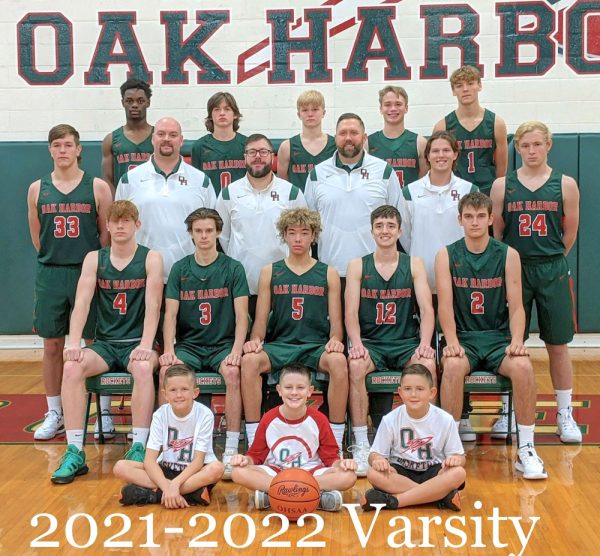 The Rockets had some tough years early in his tenure, but recently, they’ve taken off. The last four seasons have seen Oak Harbor win 62 games. Last season, the Rockets went 12-9 and 7-3 in the Sandusky Bay Conference Bay Division, finishing second to Willard.

T.J. Hallett, a 6-1 senior guard/wing, is returning to lead the way. He averaged 11.7 points and three rebounds last season.

A number of other guards are fighting to earn time alongside Hallett in the backcourt. There are three freshmen that will see time at point guard and wing — Jaxon Overmyer (5-6), Michael Lalonde (5-6) and Ethan Stokes (6-2).

“It’s about getting them comfortable with the game speed,” said Sweet. “Ethan Stokes is a slasher, scorer for us, more of a wing who will set and catch the ball. On top of them, there are guards who are working and competing and trying to get after some minutes.”

If there’s one thing Oak Harbor has this year, it’s size.

Isaac McHale is a 6-2 junior post who saw some time last year. Kyle Glaser is a 6-5 senior post, as is Keegan Durdel, and Zach Clune is a 6-4 junior who will see time on block.

“We’ve got some size, some skill there, too. Isaac and Keegan are able to handle the ball and shoot it. Clune is a strong post player, and Kyle will see some time. I have four post guys that are very similar competing for time. Some are stronger down low, some are able to shoot it better, each brings their dynamic,” said Sweet. “We’ve got some size in the post, but we’ve got to get our guards up to speed. Those three freshmen and those other juniors and Jaqui, they’re getting after it, and that’s the best I can ask.”

Defense is very much a part of the program’s identity.

“We want to have a good, solid, strong defense where you can pressure and make people uncomfortable without giving up your principles. If you don’t make a couple shots, you can hold the other team and keep yourself in the game. It’s something I’ve always held on to,” said Sweet. “I enjoy the defensive side of the basketball, we work really hard at it. Defense has been a staple of mine, and the kids have bought in.”

As usual, the Bay Division should be pretty good.