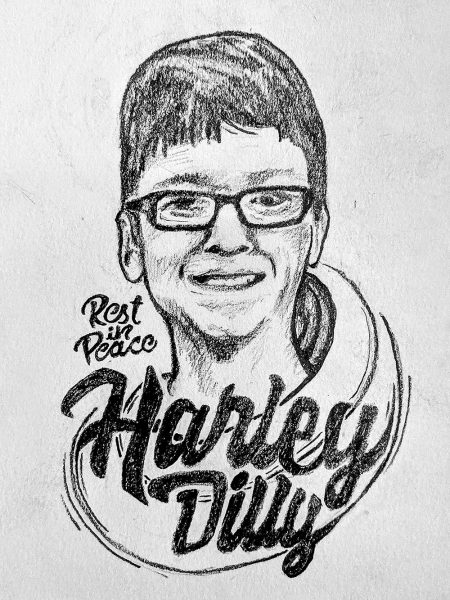 The Port Clinton community has been mourning the tragic death of 14-year-old Harley Dilly, and the youngster will be remembered with a memorial service from 11 a.m.-3 p.m. on Saturday, Jan. 25 at Gerner-Wolf-Walker Funeral Home & Crematory, 216 Washington St., Port Clinton.

Private funeral services for Harley will held at a later date.

City officials and the community have poignantly expressed their condolences to the family after the shocking accident that had not only consumed Port Clinton and Ottawa County for almost a month and reverberated around the country. Harley had been missing for more than three weeks, and despite help from a wide variety of law enforcement officials, was finally discovered trapped in the chimney of an abandoned house near his home.

He had died from compressive asphyxia, reported Ottawa County Coroner Dr. Dan Cadigan. The circumstances of the death are still being investigated.

“My heart goes out to the Dilly family,” said Port Clinton Mayor Mike Snider following the last council meeting, sympathies echoed by Police Chief Rob Hickman and city council members. “The (Dilly family) have our deepest sympathies. It’s not the resolution we had all hoped for, but it is closure. The family has an opportunity to grieve and the community has an opportunity to grieve as well.”

School children around Ottawa County have worn pink at athletic and social events, which was Dilly’s favorite color, to commemorate the youngster’s death.

A reward fund totaling $19,545 will now be returned to donors or, with donor permission, be used for Dilly’s funeral expenses or sent to the National Center for Missing & Exploited Children to help its efforts in locating missing kids around the country.

“On behalf of our entire Port Clinton City Schools family, I would like to extend a heartfelt ‘Thank You’ for the show of support we have received in the past week,” said Superintendent Pat Adkins of the Port Clinton School District. “The events in our district over the last month are like nothing we could have imagined in our small community. The support has been welcomed and honestly was overwhelming.”

Adkins urged students and members of the community to wear pink last week to remember Harley Dilly, and to also remember second grade student Ben LeGresley and his family. The youngster died after a firearms accident.