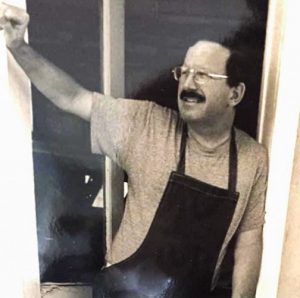 Harold J. Andrews, known to friends and family as “Joe”, passed away at his home on Feb. 5. He was born on March 12, 1944, and was preceded in death by his father, Joseph Andrews, his mother, Ann Hrupcho Andrews, and his brother, Bill Andrews. He is survived by his sister, Janet French, and numerous nieces and nephews.

Joe was a graduate of Port Clinton High School. He went on to serve in the U.S. Army and was a Vietnam War Veteran. He was a talented auto mechanic and upholsterer and his love for restoring classic cars, especially Fords, enabled him to make his living restoring the interiors of vehicles for others. He was also a classic movie enthusiast and was happiest at an auto swap meet with a friend, a classic car show, or in his garage working on a new project.

Joe will be fondly remembered by his nieces and nephews, extended family, and friends.
A Celebration of Joe’s life will be held at a later date to be announced. The Gerner-Wolf-Walker Funeral Home and Crematory, 216 Washington Street, Port Clinton, assisted the family with arrangements.