Hartman, Sandrock on SWCD board for 2020 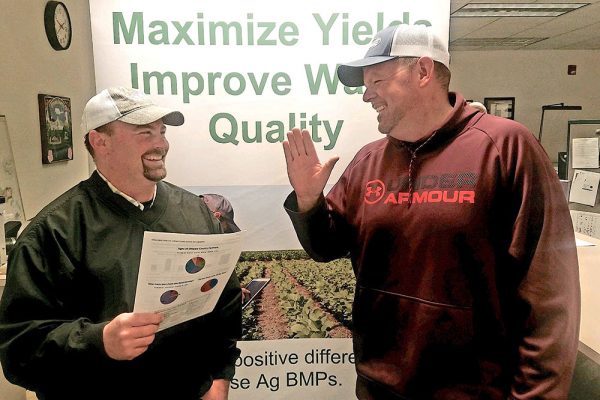 Chairman Todd Hecht swears in Bill Hartman to the SWCD Board of Directors at the January SWCD Board Meeting. Hartman was newly elected and Roland Sandrock was re-elected to the Board of Supervisors of the Ottawa Soil and Water Conservation District (SWCD). In addition to Hecht, Hartman and Sandrock will join Vice Chairman Rich Thorbahn on the Board of Supervisors. Together they direct the staff of the District to carry out the conservation of our natural resources through assisting landowners, both urban and rural, throughout Ottawa County.