Have a ‘swine time’ at the Ottawa County Fair! 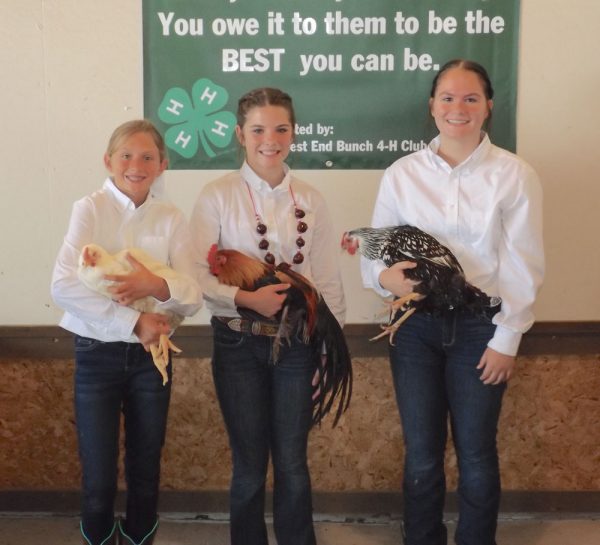 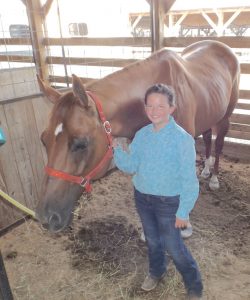 Alaina Staler, 8, and her American Quarter horse “Kid” pose for a picture during a break in the judging. (Photos by Phil Wheeler)

For most, a trip to a fair is deep-fried elephant ears and funnel cakes, ring toss games, amusement rides, and bright lights. The big events, like autocross and demolition derbies, happen at night, so most fair goers visit in the evening.

But there is a more altruistic side to the county fair. Thousands of kids from 8 to 18 years old bring their animals to be shown and judged. Future Farmers of America and 4-H members across the nation raise chickens, ducks, pigs, horses, cows, and the occasional llama to show at the fair. These aren’t pets (mostly), but animals raised to teach the kids about live stock care, breeding, leadership and the ‘field to table’ process.

Jackson Reuffier, 8, brought a chocolate duck to the event. This is his second year at the fair and he placed fourth in the Junior Division. Alaina Staler, 8, participated in the 4-H horse competition for the first time with her American Quarter horse “Kid.” She has been riding a little over two years.

There are over 90 different classes of horses judged.

In the poultry competition, 17-year-old Lauran Martin competed in the Senior Division, taking first place with a beautiful black and white rooster. When asked what the rooster’s name was, Martin said, “I don’t name them because they aren’t pets to me. I enjoy raising animals, and hope to make a career of it.”

This year, there was a new category in the poultry group, the Cross Division Super Show Champion. Senior Champion Lauran Martin won this new event, beating Lauubacher and Wuether to become overall champ.

A large part of any county fair is 4-H, a community of more than 100 public universities across the nation that provide experiences where young people learn by doing. Corrina Brough has been in 4-H nearly 13 years.

“To me, it means leadership and responsibility,” said Brough, “It’s public speaking, because you have to show and speak about your projects.”

This years fair has something for everyone. Tonight (Thursday July 22) there will be the Broken Horn Rodeo starting at 7:00 pm. Friday, there will be a livestock sale, chainsaw carving, and a Twisted Metal Demolition Derby beginning at 7:30 p.m. Saturday is an open Horse Show, a Kiddie Tractor Pull and, at 7 p.m., the OSTPA Tractor & Truck Pulls.

Sunday closes out the fair with the “Open to the World Draft Horse Show,” featuring draft horses weighing in at over a ton! The events on both Friday and Sunday will begin at 11 a.m.

And, don’t forget about all that delicious Fair Food!

Try attending during the day when the judging competitions are going on, and support our future leaders. Go to www.ottawacountyfair.org for event times and activities.