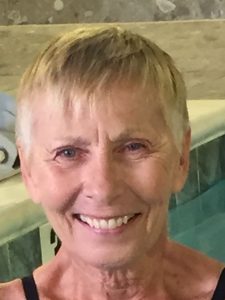 Helen Nemecek, 67, of Catawba Island passed away Tuesday, April 13, after losing her battle with ALS. She was born Nov. 24, 1953 in Uniontown, Pa., the daughter of John and Helen (Vrobel) Helt. She married Rick Nemecek on Sept. 4, 1976 and he survives. Helen was employed by the Port Clinton City Schools System for a number of years, first, as a teacher’s aide and then a school secretary. She was a member of Immaculate Conception Catholic Church, Port Clinton. She was also a member of Catawba Island Club and enjoyed golfing, especially with her “Wine & Nine” friends. She enjoyed traveling and spending time with her grandchildren whom she adored. Helen and Rick have spent many winters with great friends in Ft. Myers where they lived at Olde Hickory Country Club.